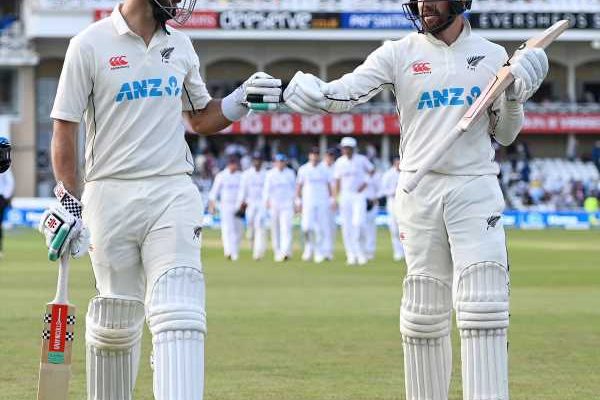 New Zealand will have a chance to exact rapid revenge for their 3-0 series loss in England when they host Brendon McCullum’s side in two tests next February.

England beat the Black Caps by seven wickets in the third test at Headingley on Monday to sweep the series but they might find New Zealand a tougher prospect on home tracks in Wellington and Tauranga in the new year.

The series opener at Bay Oval will be the first day-night test in New Zealand since 2018, when England were beaten by an innings and 49 runs at Eden Park.

The test world champions will also host a two-match series against Sri Lanka in March, New Zealand Cricket said on Tuesday as it announced the 2022/23 home international schedule.

The Black Caps are currently languishing in eighth place in the World Test Championship standings and will need strong performances on home soil if they are to have any chance of defending their title.

New Zealand will also host Bangladesh and Pakistan in a triangular tournament in early October to warm up for the Twenty20 World Cup in Australia.

India visit to play three T20s and three one-day internationals in November, while Sri Lanka will play the same number of short format matches in March and April after the test series.