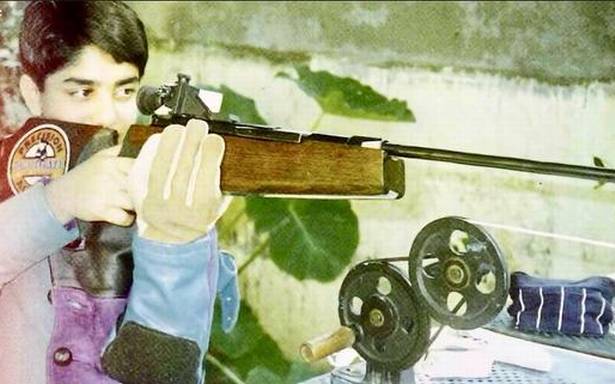 It is a story told a million times to a billion people. It never ceases to inspire the youth.

The Olympic Channel has captured the golden journey of Abhinav Bindra, who has won the country’s only individual Olympic gold so far, in a vibrant fashion in the first episode of its video series, Legends live on.

Starting to shoot under the mango tree with Lt. Col. J.S. Dhillon, missing the Olympic final narrowly as a teenager in Sydney in 2000, having the shattering experience of an unstable wooden floor destroy his 10 best shots in Athens, to helping the country realise an incredible dream of in Beijing, and the swansong of missing the Olympic medal in Rio by a hair’s breath, the story nicely recaptures the gripping passage of time.

“More than an athlete, I was an explorer,” Abhinav concludes in the 26-minute video, that has footage from around the world, including his home in Zirakpur, where his parents, Dr. A.S. Bindra and mother Babli, provide so much insight to the makings of a champion.

It was coach Gaby Buehlmann who gave Abhinav the first hug after the gold medal, when he shot 10.8 on the last shot.

When the whole nation was holding its breath, Abhinav timed his shot between his “heartbeats”.

“I wish we were there. I wanted to give him the first hug,” said Abhinav’s mom. She admits that at that moment of triumph she ran to her temple to thank God.

“The last shot was THE shot,” said Dr. Bindra, quite proud to have supported Abhinav in fulfilling his improbable dream.

Abhinav was tied with Henri Hakkinen of Finland, who had enjoyed a two-point lead before the final.

In the process, the defending Olympic champion Zhu Qinan of China was pushed to the silver and a flood of tears.

The biggest hurdle was in the five-minute warm-up prior to the start of the final. Abhinav’s first shot was a 4, which he had never shot even under the mango tree as a beginner.

“Not again” was the thought, but he was composed to give 40-clicks to his dioptre, that helps to zero in on the target. His first competitive shot in the final was 10.7. He just focused on each shot thereafter to stand on top of the podium, crushing under his feet the overwhelming sense of negativity back home in India.

For Abhinav, every challenging situation has been an inspiring motivation, as he marches on to help Indian sports in a big way with his ABTP venture, targeting performance.