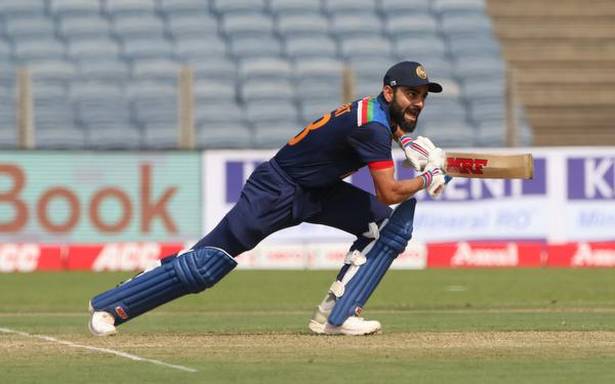 Ravi Shastri is moving on as the India head coach. Rahul Dravid could come in his place. And Virat Kohli has announced he will give up T20I captaincy at the end of the T20 World Cup. India couldn’t have asked for more transition from the Indian Premier League going into the prestigious global event.

Full interview | We have a strong side, quite confident heading into T20 World Cup, says Virat Kohli

Feigning ignorance about the developments on the coaching staff front, captain Kohli minced no words about the desire to tick the empty box of an ICC Trophy that’s missing from his otherwise enviable combination with Shastri as the head coach.

“Look, our ultimate goal is to win the World Cup. Honestly, I have no idea exactly what’s happening on that front yet. We haven’t had any detailed discussions with anyone yet. But winning the World Cup is definitely our goal is like any other team. But what we have been able to create in the last five-six years is beyond titles and tournaments, to be honest,” Kohli said on Saturday, a day before the T20 World Cup qualifiers begin in Muscat.

“We’ve been able to create a culture which is going to be lasting a long time… And we’ve driven that culture with utmost passion and honesty, which we hope will continue to be the case in years to come. Winning an ICC tournament will definitely be a wonderful moment for all of us, for him as coach, for me as captain. It’ll be an amazing achievement and something that we’re obviously motivated for and we’ll give everything we have.”

Stressing that India made it to the final and the semifinals in the last two T20 World Cup editions in 2014 and 2016, respectively, Kohli hoped India can go one step further next month.

“We have beaten prominent teams in T20 series in the recent past in very close contests, so we are quite confident heading into the World Cup knowing that we have a strong side,” Kohli said. “Potentially we could go deep in the tournament and if we end up being in the knockout stage, maybe go one step further this time.”

Kohli added M.S. Dhoni’s new role as mentor will be of a lot of help “especially for the younger guys”. Terming Dhoni as someone “who has always been a mentor for all of us”, Kohli hoped the younger generation can pick up cues from Dhoni’s wealth of experience.

“Conversations with him around the game, such practical inputs, such intricate details of where the game’s going and how we can improve our game by that 1 or 2 per cent which always makes the difference when he is in the leadership role in any team,” Kohli said.

The T20 World Cup will also mark R. Ashwin’s return to India’s limited-overs side after four years. “Ashwin has been rewarded for reviving his skills altogether. He was a regular for us back in the day, then he fell off a little bit because the wrist spinners were in demand mostly in that middle period,” Kohli said.

“But now the finger spinners with accuracy have come back into the game, so we also have to evolve as a team with the evolving trend.”