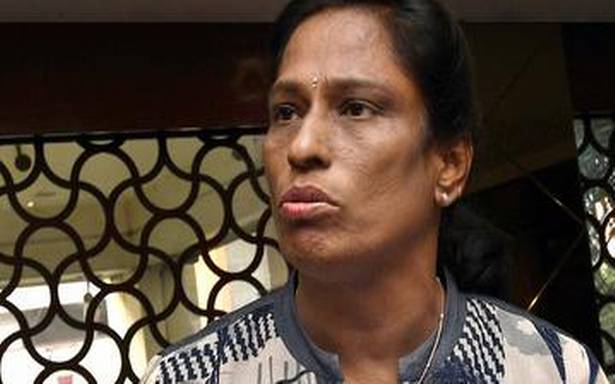 Feels there are a few cases in the Indian circuit too

She is the fastest quartermiler this year and when Namibia’s Christine Mboma came up with that amazing 48.54s in a meet in Poland recently, many felt that the 18-year-old would be the favourite at the Tokyo Olympics.

But the other day, World Athletics removed Mboma and another Namibia quartermiler Beatrice Masilingi, the world’s third fastest this year, from its Tokyo list.

The Namibian National Olympic Committee also explained through a media release that the World Athletics’ rules pertaining to ‘Athletes with Differences of Sexual Development’ required the two to undergo medical tests and since they were found to have high testosterone levels they would not be eligible to compete in events ranging from the 400m to the mile. The two will now be running the 200m in Tokyo.

Another athlete, Niger’s Aminatou Seyni, was also forced to drop the 400m last year after she refused to take hormone suppressants for her elevated testosterone levels.

P.T. Usha feels that there could be nearly 10 such athletes in the Indian circuit.

“I feel that there are some eight to 10 DSD athletes who are competing in our national meets. When our teams go for international competitions, if somebody is found to be a DSD athlete in tests, that will be very shameful for the country,” said Usha in a chat with The Hindu.

“So, we have be very careful about it. We should confirm that we don’t have any DSD athlete in our team.

“In fact, there there should be a separate category for DSD athletes, apart from men and women divisions. Because their numbers seem to be increasing and it is a problem for ‘real’ women to compete against them.”

The World Athletics’ DSD regulations only apply to athletes who are ‘biologically male’ (46 XY) but it does not stop them from competing in jumps, throws and long distance events in international meets and Usha feels that is not fair.

“This issue used to be a big problem in the 400, 800 and 1500m but I can see many of them in other events. They should not be allowed to compete with real women in all events,” she said.

“Earlier, they were very strict about it. During our time, we had gender testing and we were given a card too. Every team was tested. And only ‘real’ girls were allowed to compete.”