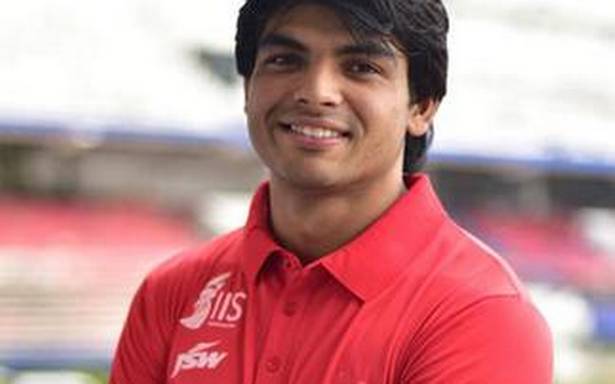 Feels young Sreeshankar can spring a big surprise; holds out hope for Kamalpreet and Annu Rani

Whenever P.T. Usha saw javelin thrower Neeraj Chopra at the 2016 under-20 Worlds in Poland, she was reminded of her running days.

“Even when he was just walking around, I remember, he used to keep trying out throws as if he carried an imaginary javelin,” said Usha, who was in Poland then with her trainee Jisna Mathew, in a chat with The Hindu on Tuesday.

“I used to do that often when I was young… if I saw a hurdle anywhere or even a stone on the road, I would run and try to clear it.

“Neeraj looked so strong and confident then. And when he won the junior Worlds gold with a world record, I felt that he would go far,” she said.

Usha, who narrowly missed winning an Olympic medal in the 400m hurdles in 1984 at Los Angeles, feels that Neeraj will end India’s long wait for its first-ever Olympic athletics medal.

“Neeraj did 88m earlier this year, he could probably go past 90m. I think he is capable of winning a medal,” said Usha, now a prominent coach.

She also feels that long jumper M. Sreeshankar can produce a big surprise.

“He is the No. 2 in the team. Considering his age, Sreeshankar has produced some big jumps. He may not be very consistent and that could be because he has not had any international competition this year.

“But he is young and that is why I feel he can surprise us all with a big show,” said Usha. “But he should not be under any pressure. If he is bold and free, he can reach the final and do very well after that,” she said.

“Kamalpreet has broken Krishna Poona’s national record and has done 66-plus and Annu Rani has been very consistent, so I think both will enter the final.

“Shot putter Tajinderpal Singh Toor could also make it if he repeats his big throws,” she said.

But she doesn’t hold out much hope for the 4x400m relay teams (mixed and men).

“Amoj Jacob, Muhammed Anas, Revathi and Subha will probably run the mixed relay but the two girls are not capable of going below 53s, so it will be very difficult.

“And some of our top men have not run many quartermile races this year. So you can’t predict anything in the men’s relay,” she said.