On Thursday, India versus New Zealand match at Trent Bridge was abandoned without a ball being bowled. It was the fourth washout in the ongoing World Cup. 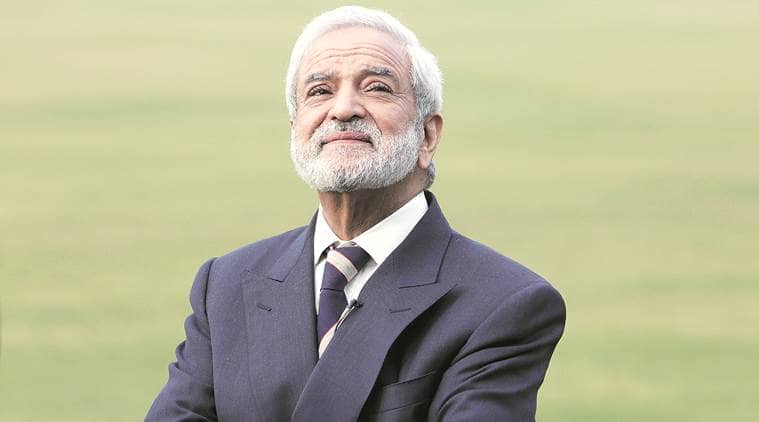 The International Cricket Council (ICC) didn’t discuss the rain factor and wet-weather management during its Board meetings close to the World Cup, the Pakistan Cricket Board (PCB) chairman Ehsan Mani, a former ICC president, said. On Thursday, India versus New Zealand match at Trent Bridge was abandoned without a ball being bowled. It was the fourth washout in the ongoing World Cup.

The irony is that the ECB has signed a TV deal worth £1.1billion for the upcoming period 2020-2024. But some hosting venues don’t even have enough sheets to cover the entire outfield. Wet outfield prevented today’s match to get underway even when there was no rain. “I’m sure there should have been a discussion about it – the arrangements. But it hasn’t been discussed in two or three (ICC) Board meetings I have attended,” Mani told The Indian Express.

Before today’s match, the fixtures between Pakistan and Sri Lanka, Bangladesh and Sri Lanka and South Africa and West Indies, too, had been washed out. The 2019 World Cup already holds the dubious record of most number of rained-off games in an ICC showpiece event. “Of course it’s frustrating. Look, this is a thing that should have been discussed and thought out before the tournament. I don’t think the ICC can at this stage change it. So I think there are lessons to be learnt from this, because four matches have been washed out so far. That’s not good. It’s very frustrating for the players, because they are primed up for the World Cup, they want to show their skills and suddenly they are not able to play and the results are not under their control. Four matches have been rained off, eight teams are affected; if a team gets affected twice, then it puts a lot of pressure on them,” Mani said.

Pakistan are a bit inconsistent, although it’s still the early stage of the tournament. The PCB chairman agreed that Sarfaraz Ahmed and company will have to be more consistent. “Obviously, there’s room for improvement. As you see, the way we played against the West Indies and Australia, and how well we played against England… Pakistan have the potential, I believe, to beat any team in the world. We saw that in the Champions Trophy. We have to start playing more consistently to the levels that we are capable of. There’s no doubt about that. I’m sure that the team and the team management are very aware of it and this is something they are working hard to overcome, Mani said.

Pakistan faced flak after West Indies rolled them over in the first game. Did he have any message to the team management and the players after the loss? “Look, we gave them full encouragement. We gave them confidence to perform to the best of their ability. The time for evaluation will be after the World Cup, not during the World Cup.”