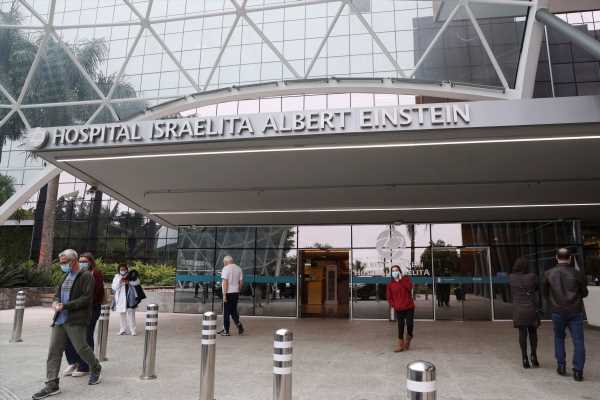 Soccer legend Pele continues to recover from colon surgery, with his family posting a video of the 80-year-old Brazilian smiling while undergoing physiotherapy in his Sao Paulo hospital room.

The former Santos, Brazil and New York Cosmos player had a tumor removed on September 4 and has been in and out of the intensive care unit at the Albert Einstein hospital in Sao Paulo in the days since.

His daughter Kely posted a video of him doing leg exercises and then shadow boxing with the camera on her Instagram feed.

He was attended by two physiotherapists, one of whom is Pele’s daughter.

The only player with three World Cup winner’s medals, Pele has suffered from hip problems for years and cannot walk unaided.

His public appearances were already being reduced before the COVID-19 pandemic and since then he has made few unnecessary trips outside his house near Santos.