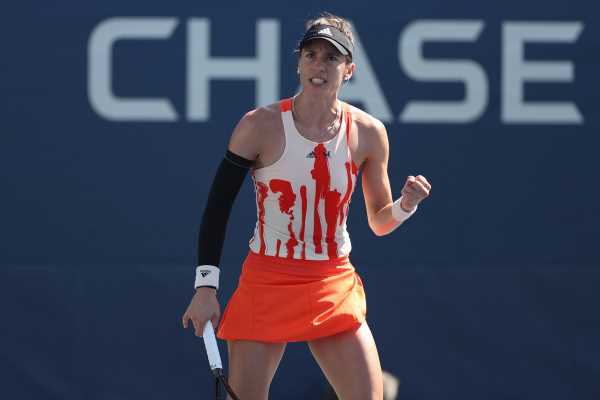 Germany’s Andrea Petkovic was visibly emotional on Tuesday as she headed into retirement following a 6-2, 4-6, 6-4 loss to Swiss Olympic champion Belinda Bencic in the first round at the US Open.

Petkovic, who announced her decision to retire on Sunday, has won seven singles titles over her career and reached a ranking of world number nine in 2011.

“I still love the game, still have a tremendous amount of passion for the game,” Petkovic told reporters.

“It’s more the body that is not allowing me to play tennis anymore in a way that I want to play it, train the way I want to train, just play a full season really.

“The last four weeks I’ve just been playing with painkillers and anti-inflammatories. That was just the part that made me decide not to continue anymore, not the lack of passion or want for the game. So I think that was the saddest part in a way.”

Petkovic, who left the door open for a possible exhibition tournament in Europe to say goodbye to family and friends, said the toughest part of her decision was dealing with the emotions in the days leading up to the match.

“I was really devastated (for) the last five days and basically crying (after) every practice,” Petkovic said.

“I was glad that it ended like this, with Belinda, somebody I love and respect so much. Also that I could bring to the last match everything that I brought to my career, which was grit and tenacity and just respect for the game and for my opponents.”