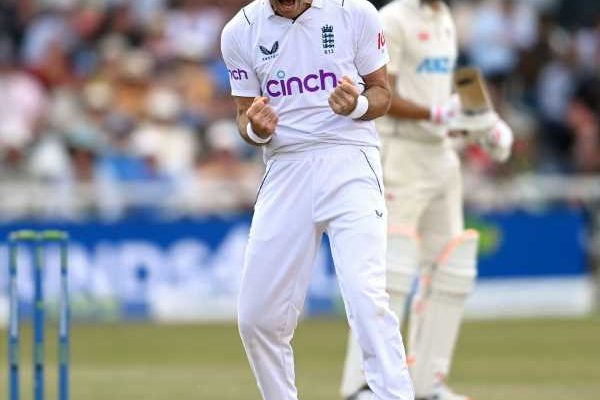 Images from Day 5 of the second Test between England and New Zealand at Trent Bridge in Nottingham on Tuesday. 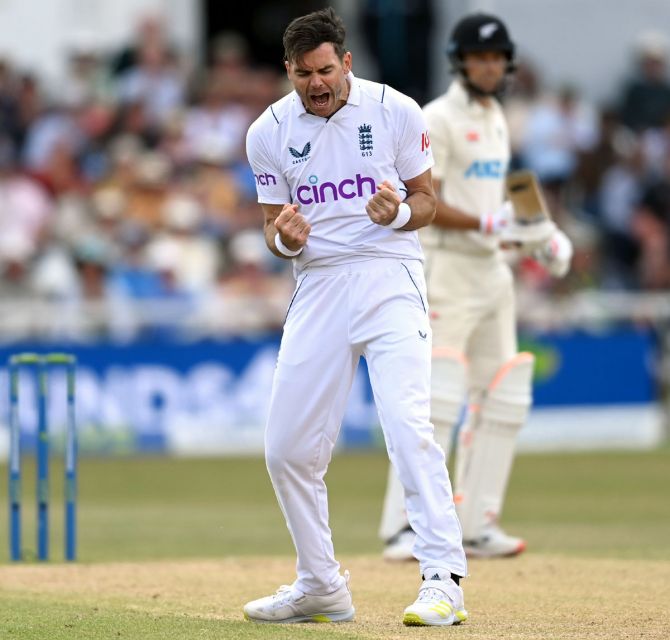 New Zealand set England a target of 299 to win the second Test — and the series — after they were bowled out for 284 at Trent Bridge on Tuesday.

Daryl Mitchell was unbeaten on 62 while last man Trent Boult added 17 as part of a 35-run last wicket partnership that moved the tourists into a stronger position.

England will have a minimum of 72 overs to reach the target and clinch the three-Test series, meaning they will have to score at a challenging run-rate of 4.16.

New Zealand will be without the bowling services of seamer Kyle Jamieson, who has a back injury.

With the Kiwis resuming on 224/7, England’s morning started with Joe Root dropping Matt Henry at slip off Jack Leach’s second ball but after a sustained spell of short bowling at his body, Henry was caught behind trying to hook Stuart Broad. 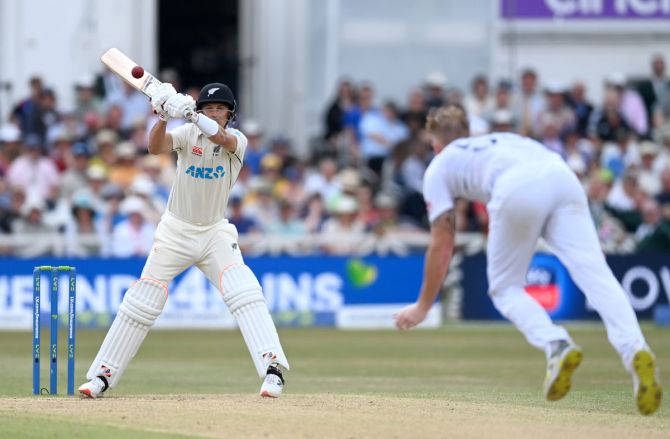 Jamieson went in similar fashion, trying to swipe a rising delivery from Broad and Ben Foakes safely snaffled up the catch.

Boult’s opening run made him the highest scoring batsman and number 11 and while there was a light-hearted appreciation of that milestone, the last man made a potentially important contribution in his stand with Mitchell.