Images from Day 2 of the second Test between Australia and India, at the Melbourne Cricket Ground, on Saturday.

India lost two wickets in as many overs to the relentless Pat Cummins as Australia grabbed early honours on the second day of the second Test, at the Melbourne Cricket Ground, on Sunday.

Resuming on 36 for 1, India started cautiously before losing their overnight batsmen, debutant Shubman Gill and the seasoned Cheteshwar Pujara, in the space of 11 deliveries before reaching 90 for three at lunch.

Australia were all out for 195 in their first innings. At the break, captain Ajinkya Rahane was batting on 10. Giving him company was Hanuma Vihari, on 13. 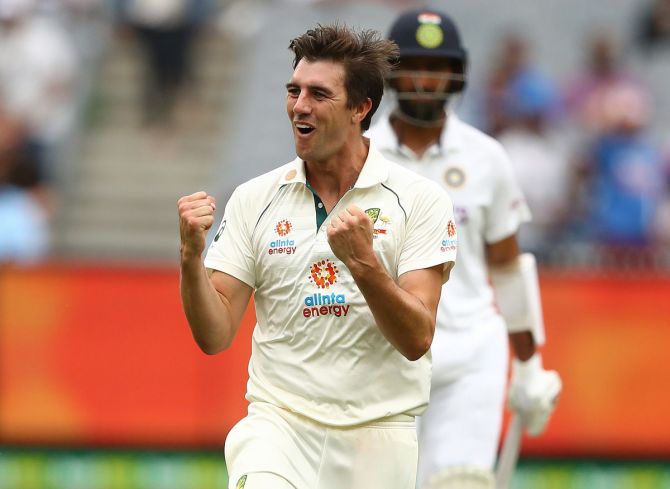 The 21-year-old Gill impressed on his debut with a fluent 45 and played some fine shots during his 65-ball knock, while Pujara scored 17 from 70 deliveries.

The first to go was Gill, who perished when he edged Cummins for Tim Paine to take a regulation catch behind the stumps.

Australia were soon celebrating again as Cummins picked up the big wicket of Pujara after straightening him up with a brilliant delivery that angled in and moved just enough to induce an edge. 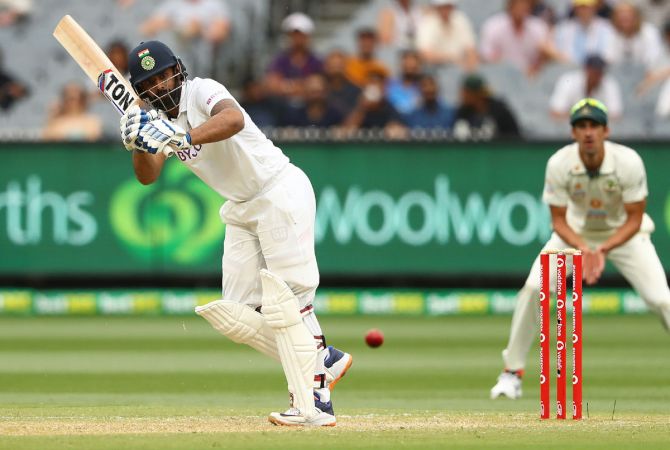 Paine, who lost a review after assuming that Gill had nicked the day’s very first delivery, complemented his top fast bowler by completing a fine diving catch.

That brought Vihari to the crease and he got off the mark with a confident drive down the ground.

With a bit of luck, India survived the first hour but the hosts came back after Cummins’s perseverance paid off to take the second half of the opening session’s play.

Australia’s bowlers were superb, but they often bowled a tad short.