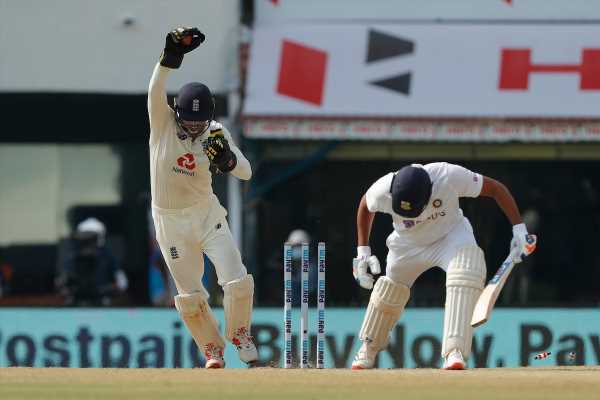 Images from Day 3 of the second Test between India and England, at the M A Chidambaram stadium, in Chennai.

A 50-run partnership between Virat Kohli and Ravichandran Ashwin steadied India’s second innings as England’s spinners chipped away at the wickets on Day 3 of the second Test, at the M A Chidambaram stadium, in Chennai, on Monday.

Left-arm spinner Jack Leach (3-63) and Moeen Ali (2-46) took two wickets each in the first hour of play as the home batsmen failed to find their feet on a dusty, turning track. 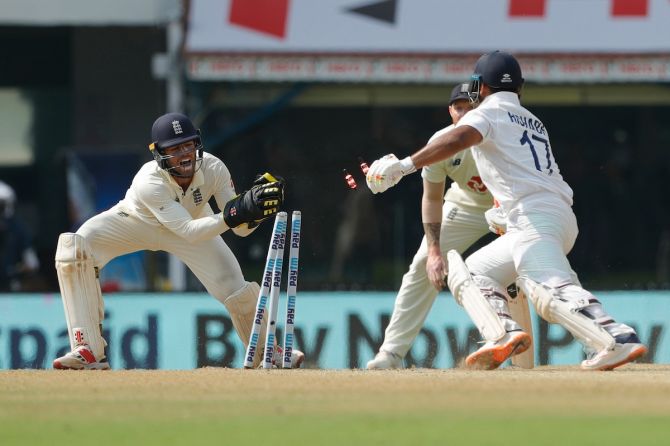 Resuming their second innings on Day 3 at 54 for 1, and an overall lead of 249 runs, India looked for quick runs, but were checked in their stride by some reckless batting and good bowling by the English spinners.

Cheteshwar Pujara was the first Indian wicket to fall in the morning. After playing four dot balls against Moeen Ali safely he was run out.

A deft flick to short leg saw Ollie Pope, collect the ball and throw to wicketkeeper Ben Foakes, who whipped off the bails before Pujara could get his feet back in the crease. 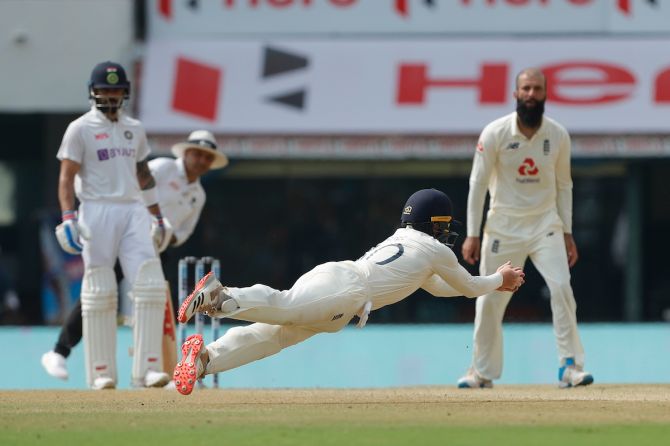 Leach then had Rohit Sharma (26) stumped. The flight of the delivery beat the opener’s defence, as he took a big stride, and wicketkeeper Foakes did well to collects the ball quickly and whip off the bails.

Leach came over the wicket to Pant, with the ball spinning in and the batsman dancing down the track, Foakes seized the opportunity, collecting well and knocking off the bails to have Pant stumped.

Moeen Ali then got among the wickets, inducing a hasty shot from Ajinkya Rahane (10), who lunged at the ball and got the inside edge for Pope to pull off a good catch at short leg. 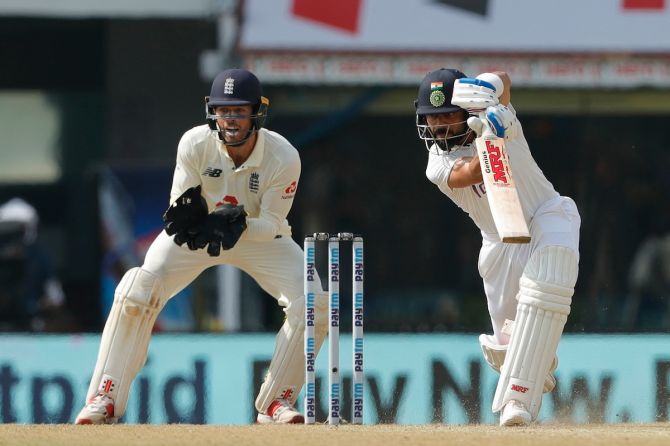 Moeen struck again; this time his victim was Axar Patel (7).

The batsman was hit on the rear thigh in front of the stumps. The bowler and ‘keeper went up and the umpire raised his finger.

India took the review and lost it, as replays showed the ball going on to hit the stumps. India 110-6.

Kolhi and Ashwin then stemmed the rot, adopting caution and playing the ball on its merit to swell India’s lead to 351 and see India though to lunch on 156 for 6 in the second innings.