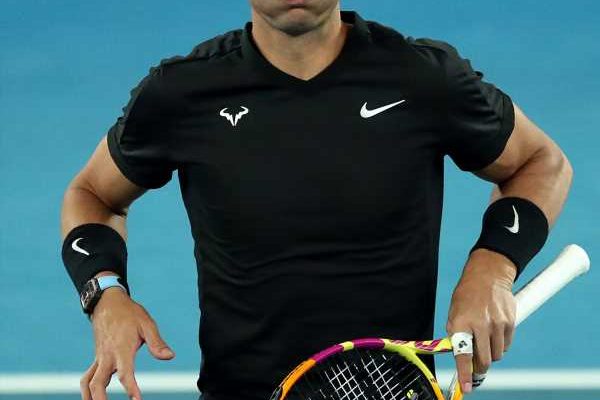 Rafael Nadal stepped up his preparations for this month’s Australian Open with a 6-2, 7-5 win over Lithuanian qualifier Ricardas Berankis in the second round of the Melbourne Summer Set ATP 250 tournament on Thursday.

Playing in his first competitive singles match on the ATP Tour since August 5, the 20-times Grand Slam champion showed no signs of rust early on at Rod Laver Arena as he broke for a 3-1 lead in the opening set with a blistering forehand.

The world number six, who brought a premature end to his 2021 season due to a left foot injury, moved with ease on court as he wrapped up the first set in 31 minutes.

He was not quite so fluid in the second set, however, with the players trading early breaks.

Nadal went ahead 5-2 but Berankis clawed his way back into the contest to level at 5-5 before the Spaniard switched gears again to secure the victory.

“I’m super happy to be back playing competitively and it is difficult to imagine a better place than Australia to return,” said Nadal.

“It’s only my first match after a while and I have been going through difficult moments in the last year-and-a-half. But in general terms I’m happy and it’s important to start with a win.” 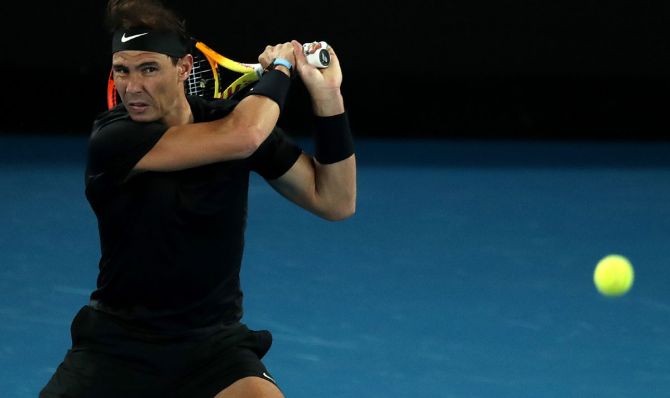 Nadal, who pulled out of Wimbledon, the Tokyo Olympics and the US Open in 2021, only returned to action last month in an Abu Dhabi exhibition tournament where he lost to Andy Murray.

The 35-year-old, who tested positive for COVID-19 last month, is also competing in doubles at Melbourne and will play again on Thursday partnering Jaume Munar. Japanese top seed Naomi Osaka is in action later on Thursday against Maryna Zanevska of Belgium. Defending champion Iga Swiatek made short work of US Open runner-up Leylah Fernandez in a dominant 6-1, 6-2 win at the Adelaide International on Thursday to set up a quarter-final against two-times Grand Slam winner Victoria Azarenka.

Swiatek, the 2020 Roland Garros winner, took control of the match from 1-1 in the first set and capitalised on Fernandez’s misfiring serve to wrap up the victory in 75 minutes at the Australian Open warm-up event.

The Pole, ranked fifth at this year’s tournament, hit 17 winners against her 19-year-old opponent and did not face a break point as she extended her winning streak in Adelaide to seven matches.

“I was playing against a younger girl, which is pretty new for me,” Swiatek, 20, said. “She’s pretty talented and she’s a Grand Slam finalist, so I knew it was going to be tricky.

“I felt really confident and I’m pretty happy that I could finish it really quickly and I didn’t let go of focus.” Swiatek, who defeated Belinda Bencic to win last year’s title, will face Azarenka in the next round after the former world number one scored a 6-3, 7-5 victory over Australian wildcard Priscilla Hon at Memorial Drive.

Hon had stunned Petra Kvitova in the first round on Monday and threatened a tiebreak in the second set against Azarenka but the Belarusian wrapped up the win in just under 90 minutes.

Swiatek said she was looking forward to her match against Azarenka, who won both her Grand Slam titles at Melbourne Park.

“I love playing such an experienced player because it’s always a challenge,” Swiatek said of the 32-year-old.

“I have a different mindset when I play against players like that because I watched them when I was younger. It shows me my progress, but also I have huge amount of respect for them.”