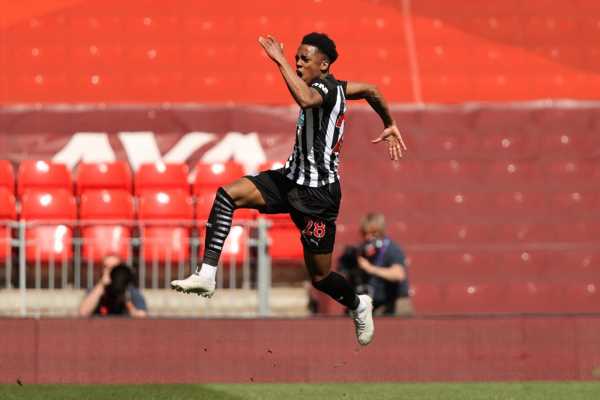 Images from Saturday’s action in the Premier League.

Joe Willock scored an equaliser in the dying seconds of stoppage time as Newcastle United earned a 1-1 draw against Liverpool on Saturday to boost their Premier League survival hopes.

Liverpool had opened the scoring at Anfield inside three minutes when Newcastle defender Ciaran Clark failed to clear a cross, allowing forward Mohamed Salah to control the ball and fire a left-footed half-volley into the roof of the net. 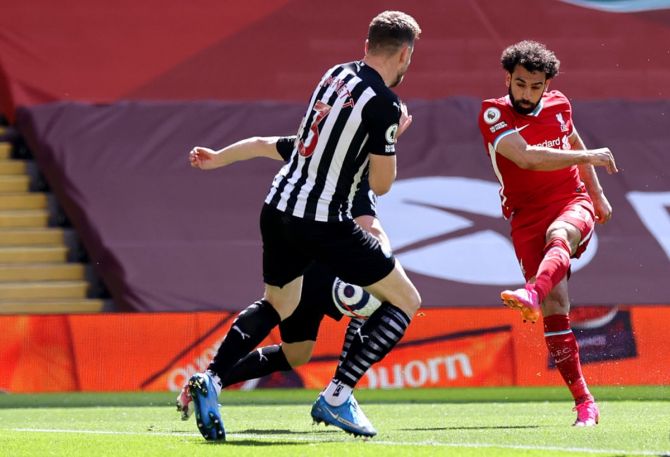 Newcastle substitute Callum Wilson thought he had equalised in stoppage time, but the goal was disallowed by VAR for an offside by the English striker.

But the visitors did not relent and eventually snatched a point through Willock’s goal from virtually the last kick of the match, punishing the reds, who dominated possession and fired in nine shots on target but were unable to add to their opening goal.