In a chat with The Indian Express, Mashal Sports CEO and PKL Commissioner Anupam Goswami describes the sporting property, and the monetary potential that will be unearthed at the E-auction in April. The Pro Kabaddi League (PKL) will resume in 2021 after the COVID-19 pandemic forced the cancellation of what would have been its eighth season in 2020. However, there is a possibility that a new broadcast partner may come on board at the Media Rights Auction next month.

Since the inception of the PKL in 2014, Star India went from being broadcast partner in the inaugural season, to becoming a 74 percent majority owner of the company, Mashal Sports, that owns the League in 2015. PKL viewership has increased rapidly ever since.

In a chat with The Indian Express, Mashal Sports CEO and PKL Commissioner Anupam Goswami describes the sporting property, and the monetary potential that will be unearthed at the E-auction in April.

How has the growth been for PKL over these years?

The business of leagues is still nascent and will continue to evolve for a very long time. What is most gratifying is that Pro Kabaddi continues to lead. The most significant number for sports leagues are still in single digits – the number of seasons you’ve done. We’re heading into Season 8 with a very structured plan, because at the end of the last season we had to come up with a new media rights deal for the teams who are stakeholders.

Season 7 ended with 328 million viewers, 71 billion minutes of watchtime. In a land of big numbers these are exceptional numbers for a new sport. So we’ve demonstrated that we are a great media asset.

We started off in 2014 with eight teams, now we have 12. For quite some time we had the longest tenure for any front ranking sports league in the country. We still are the biggest league in terms of number of matches. 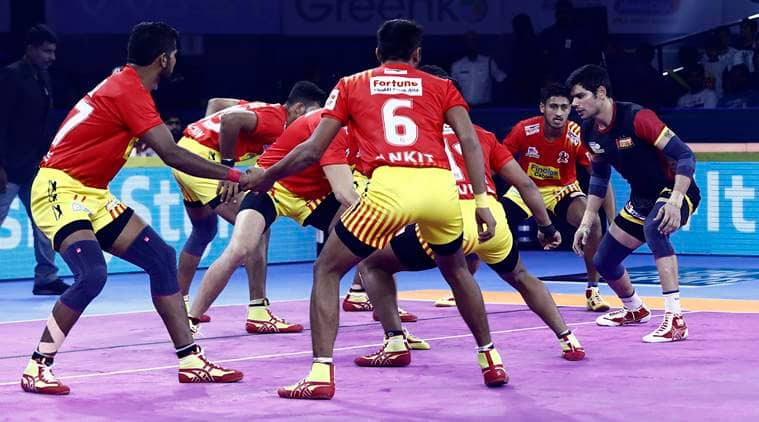 Since kabaddi is an indoor sport and a contact sport, how will you go about conducting Season 8 with the pandemic still raging?

The natural window for Pro Kabaddi is the monsoon months – broadly June to October. We want to conduct Season 8 in that window.

We will abide by every advisory, guideline, regulation that the union government and state governments have as a COVID-19 safety protocol. We will adopt Covid safety as an ethic also, to show that an indigenous sport can be rigorous in terms of looking at the health of the players and all officials involved. The quarantine and safety measures will have to be very rigorous.

It’ll take a lot of understanding of technology including air-conditioning.

Will fans be involved?

We will learn from other situations. We still have four months to go. The nature of government regulations will also evolve, but we will look to be very safe.

Will players be required to take vaccines?

Having a vaccination for players and officials is an attractive proposition. What we will do is abide by the guidance of relevant governments, including the union sports ministry, and union health ministry, as well as their relevant state counterparts.

So far the union sports ministry has been very supportive of the idea of resumption of sports – particularly sports league and the PKL, because it’s been such a demonstrative league in many ways.

What has been the interest from other broadcasters regarding the PKL Invitation to Tender (ITT)?

That cannot be disclosed to ensure a fair process.

There is no doubt that we are a substantial and strong media asset. PKL is the second biggest league for television viewership in the country, second only to cricket. To some extent been a catalyst in the evolving the kabaddi ecosystem. Kabaddi is now not just limited to broadcast on TV and OTT but is present on Fantasy platforms, there are movies, from Badlapur Boys to Panga, and documentaries made about Kabaddi, there are focused portals and business models emerging.

How important is it for Star to hold on to this property?

We should differentiate between the role of Star as primary investor of Mashal Sports, which owns the League, and Star the erstwhile broadcast partner. It is very clear that PKL has become a great media asset and that it would benefit any media partner. But the role of Star in creating that media asset is not missed by anybody – it’s acknowledged by all stakeholders of PKL, including franchises. We hope Star will come in big and participate in the media rights auction.

There were reports that the franchises were disappointed with the revenue share arrangement Star had with them. What did you make of it?

The franchises clearly see the value of PKL as a great media asset. It’s come from there. And they have expectations of the media rights auction as well. The revenue share arrangements in the PKL, which is entirely between Mashal and the franchises, will continue the way it has.

The revenue share amount will increase after the auction?

Yes, but that will be a reflection of the amounts at the media rights auction. The framework for distribution that stands will continue as it is. And that’s a very well detailed revenue share agreement between franchises and Mashal.

It’s a part of a systemic process. There is a continued framework in the way the media rights value has been explored and realized.

What is the tenure for the new media rights deal?

The previous one was from Season 2 to Season 7. The upcoming one will be a five-year deal from Season 8 to 12.