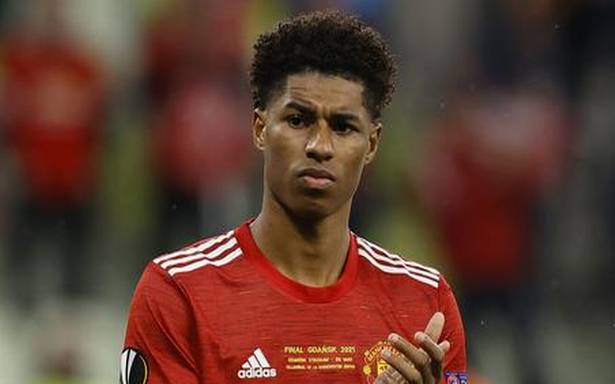 “For those working to make me feel any worse than I already do, good luck trying.”

Manchester United forward Marcus Rashford said Thursday he faced "at least 70 racial slurs" on social media after his team’s loss on penalties to Villarreal in the Europa League final.

"At least 70 racial slurs on my social accounts counted so far," Rashford wrote on Twitter less than 90 minutes after the game finished.

"For those working to make me feel any worse than I already do, good luck trying." Rashford added he was “outraged” that he was sent “a mountain of monkey emojis” in a message from a person using a profile which identified them as a teacher.

In January, police in Britain investigated abuse on social media aimed at a number of United players. Rashford and two teammates said they had been targeted.

"Yes I’m a black man and I live every day proud that I am,” he wrote at the time.

"No one, or no one comment, is going to make me feel any different. So sorry if you were looking for a strong reaction, you’re just simply not going to get it here." English soccer clubs and players boycotted social media for four days in April and May to protest against racist abuse and push for more action from the companies which run the platforms. Figures from other sports including Formula One champion Lewis Hamilton and the International Tennis Federation also joined the boycott.