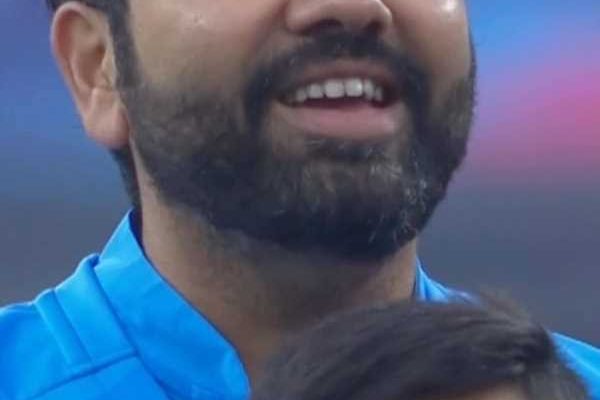 Rohit Sharma got emotional as he led his team for the National Anthem during India’s Super 12 blockbuster game against Pakistan at the T20 World Cup 2022.

At the iconic Melbourne Cricket Ground, which hosted close to 100,000 fans, Rohit walked out for the toss and later joined his team-mates for the Jana Gana Mana.

As the Jana Gana Mana was played, the players and Indian fans at the MCG sang along, creating an electric atmosphere. A video of Rohit’s extremely emotional expression, with eyes closed, during the Jana Gana Mana, was posted on Instagram by the ICC.

Rohit was spotted on television cameras looking up at the evening sky in Melbourne, unable to control his tears.

The video has gone viral with Indian fans showering love on Rohit, who is leading India for the first time in an ICC tournament.