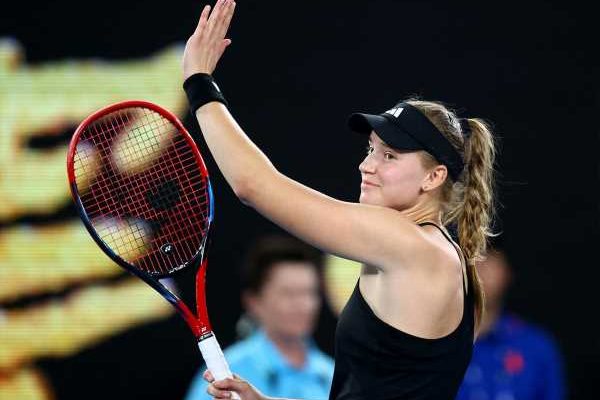 The Russian-born Kazakh looked sharp from the start and only a 25-minute delay to close the stadium roof against a passing shower prevented her from wrapping up the opening set within a half-an-hour of arriving on court.

Former French Open champion Ostapenko looked unable to cope with big-serving Rybakina’s pace and power in the opening stanza but ramped up her own fierce groundstrokes to break for a 2-0 lead at the start of the second.

Rybakina, who ousted favourite Iga Swiatek in the fourth round, broke straight back, however, and prevailed in an arm-wrestle of a second set to book a meeting with American Jessica Pegula or twice Melbourne Park champion Victoria Azarenka.