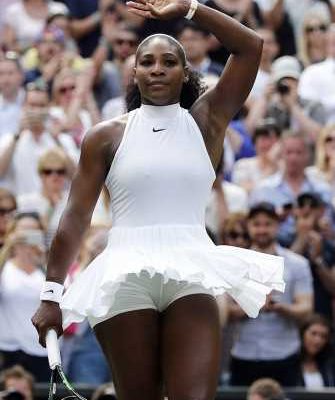 Serena Williams may have decided to step away from tennis but on Wednesday teased that there could be more to her illustrious career when she singled out decorated NFL quarterback Tom Brady’s short-lived retirement from American football.

During an interview on ABC’s ‘Good Morning America’, the 23-time Grand Slam singles champion did not rule out taking a page from seven-time Super Bowl winner Brady’s playbook.

“I’ve just been saying that, you know, I think Tom Brady started a really cool trend,” said a grinning Williams, who made a similar comment during a Tuesday appearance on NBC’s “The Tonight Show Starring Jimmy Fallon”.

Brady, who like Williams established himself as one of the greatest in his sport, retired from the NFL in February but six weeks later reversed that decision and said he would return to the Tampa Bay Buccaneers for a 23rd NFL season.

Williams announced her intention to retire from tennis in a Vogue essay last month and, while she did not confirm the U.S. Open as her farewell event, she was given lavish tributes before each match in New York and waved an emotional goodbye after losing in the third round 11 days ago.