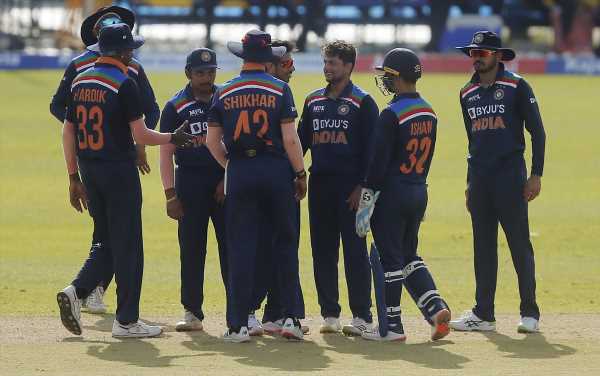 It was a dominant show by the young Indian team in the first ODI against Sri Lanka in Colombo on Sunday.

The Shikhar Dhawan-led Indian team trounced the hosts by seven wickets with 13.2 overs to spare to take a 1-0 lead in the three-match series.

While another win on Tuesday will help India seal the ODI series, Head Coach Rahul Dravid will be keen to give the other players a chance to prove their worth.

The likes of Devdutt Padikkal, Ruturaj Gaikwad and Nitish Rana could come in for the struggling Manish Pandey, but Sanju Samson looks unlikely because of a knee ligament injury.

Off-spinner Krishnappa Gowtham could get a look-in considering the number of left-handers in the Sri Lankan batting line-up, while leg-spinner Varun Chakravarthy will be keen to get cracking on the turning track at the R Premadasa stadium in Colombo.

Young left-arm pacer Chetan Sakariya and fast bowler Navdeep Saini may have to wait for their turn later on in the series.

Do you think Padikkal or Rana should replace Pandey?

Should India include Krishnappa Gowtham for the second ODI?

Who do you think should be part of India’s playing XI for Tuesday’s second ODI against Sri Lanka?