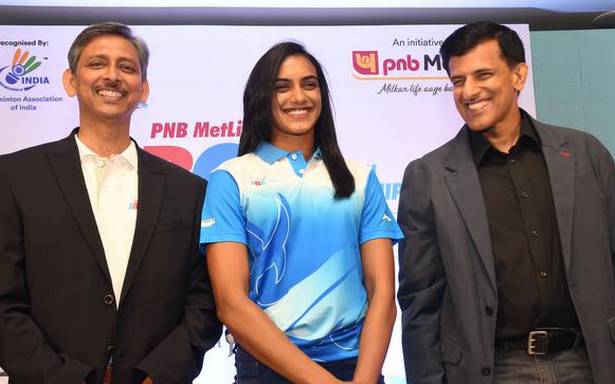 The absence of defending champion Carolina Marin will be an advantage but there are at least six more title contenders at the Tokyo Games and P.V. Sindhu must examine their past performances to devise a proper strategy, former India chief badminton coach Vimal Kumar said.

“Marin was a strong contender for the gold and her absence will be felt. So many players will have the advantage, not just Sindhu. She is definitely in with a chance for the gold but there are at least six other girls who can win the title,” Vimal said.

“Tai Tzu Ying and the two Japanese players Akane Yamaguchi and Nozomi Okuhara are strong contenders. I am not sure about the two Chinese girls, Chen Yufei and He Binjiao. I haven’t seen them play of late, so I don’t know how prepared they are or how they will perform. Ratchanok Inthanon also can be tricky.

“It will also boil down to that particular day, who is in the right mental and physical conditions to pull through. So it is still very open.”

Vimal added that Sindhu needs to work on her strategies against potential opponents.

“They can discuss about her potential rivals, can look and analyse the matches. From what situation they lost a match, the errors they committed. It helps in devising tactics and also gives confidence to the players. They still have time as Olympics is still a month away.”

The 58-year-old believes B. Sai Praneeth has a good tactical game and may emerge as a dark horse in men’s singles.

World No. 15 Praneeth had claimed the bronze medal at the 2019 world championships.

“As a junior, I always felt he would achieve more than anybody else. He was the first player to do well in the worlds after Prakash (Padukone), so there is no reason why he can’t do well at the Olympics. If he gets a good draw, he can be a dark horse,” said Vimal, who was the chief India coach from 2001 to 2006.

“I don’t know what physical state he is in but you never know. If you don’t run into a big player early on in the draw, the chances of going far are more in Olympics than a Super Series event.”

On Sindhu’s chances, former India women’s coach Madhumita Bisht said: “All of us are expecting gold. She was a dark horse in 2016. We never thought she would win silver. There was no pressure. But now she is a world champion and a silver medallist.”