Cricket fan Navaldeep Singh tweeted about Indian cricketer Rishabh Pant hugging him at the restaurant in Melbourne, a claim he has retracted since. His social media posts and the chain of events around the meal have resulted in players being investigated for breaching Covid protocols. 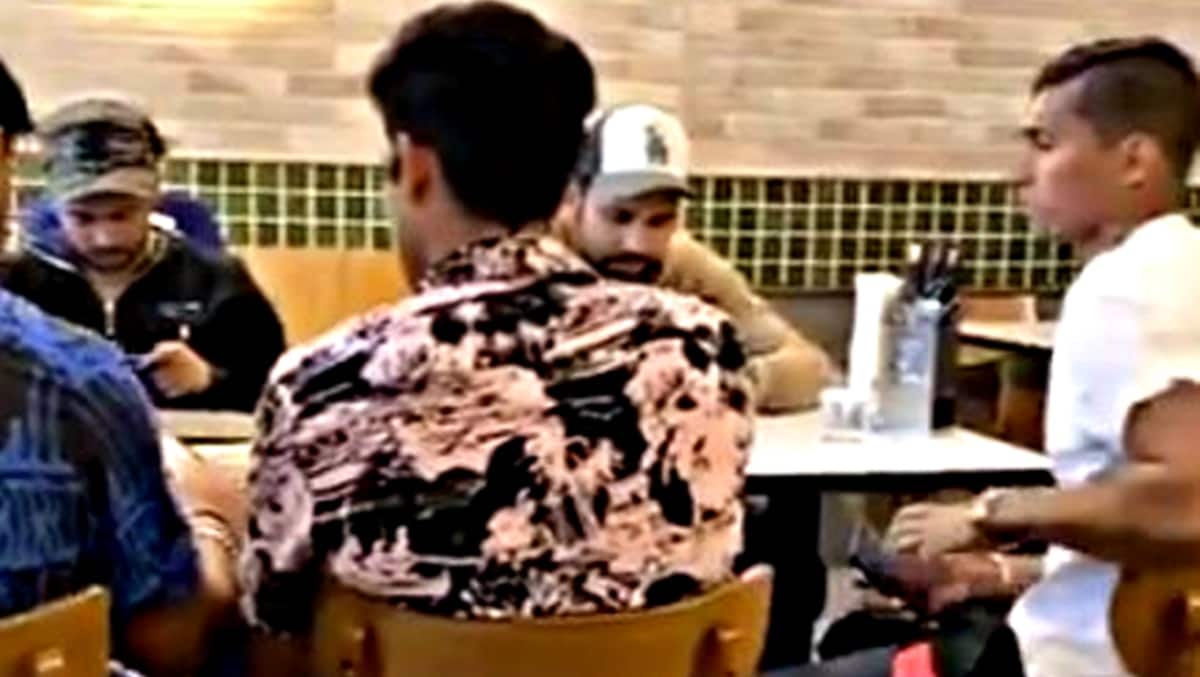 A social media post by a fan sparked concern on Saturday, with Cricket Australia hinting at a possible breach of bio-security protocols by five Indian cricketers.

The incident in question took place on New Year’s Day in Melbourne, when Rohit Sharma, Rishabh Pant, Prithvi Shaw, Shubman Gill and Navdeep Saini were shown in a Twitter post by one Navaldeep Singh eating out at a restaurant.

Navaldeep claimed to have paid the bill for the cricketers, and even posted that Pant hugged him.

Apparently, Cricket Australia’s strict biosecurity guidelines stipulate that players can only dine in public outdoors, but the tweet purportedly showed an indoor establishment with the five Indian cricketers without masks. CA said that the five players will now have to train separately to prevent any interaction with other cricketers.

“The BCCI and CA are investigating the matter and seeking to determine whether the outing constitutes a breach of biosecurity protocols. In the interim, on the advice of the Australian and Indian medical teams, the aforementioned players have been placed in isolation as a precaution. This will include separating the group of players from the broader Indian and Australian squads when traveling and at the training venue. Players will be permitted to train in accordance with the strict protocols that have been put in place to ensure the ongoing safety of all members of the Indian and Australian squads.”

Meanwhile, the man whose tweets gave rise to the whole controversy, began a damage-limitation exercise after realising the implications of his postings. Navaldeep now claimed that Pant never hugged him and “it was all said in excitement” and “we maintained social distancing all thru.” Rohit had just emerged from a hard quarantine, imposed ever since he landed in Australia.

CA is desperate to get through the marquee series without any Covid-related hiccups. The matches so far on tour have seen limited spectators at venues. But Sydney, the venue for the third Test starting on January 7, has seen a fresh upsurge in coronavirus cases, with areas around the Sydney Cricket Ground too witnessing a lot of infections. CA arranged for David Warner and Sean Abbott, both based in Sydney and in with a chance to play in the series, reach Melbourne ahead of the second Test before any possible state border closure.

There was doubt whether the third Test would be played in Sydney, with Melbourne and Brisbane – the venue of the final Test – projected as potential venues before CA decreed that there will be no change to the itinerary.

Players in a soup after costly meal

– The tweet that started it all was uploaded on January 1. It had a three-second video attached in which Rohit Sharma, Shubhman Gill, Rishabh Pant, Prithvi Shaw and Navdeep Saini were dining indoors at a Melbourne restaurant where Navaldeep Singh was seated at a table nearby. The caption along with the video read: “Bc mere saamne waale table par gill pant sharma saini f********(Sitting in the table in front of me is Gill, Pant, Sharma, Saini)”

– In the same post which became a thread, he next added a photograph of a dish he ordered so he could continue being seated at the restaurant. He also posted laughing emojis

– According to the thread, when the cricketers got to know that Navaldeep had paid the bill, they insisted that they pay him back. His tweet also mentioned that Pant hugged him. He also got a photo clicked along with the cricketers.

– The last tweet in the series read: “Pant to my wife before leaving – Thank you bhabhi ji (sister-in-law) for the lunch (laughing emoji)”.

– After it emerged that the five players in question are being investigated for an alleged breach of protocol, Navaldeep posted: “Clarification – Pant never hugged me it was all said in excitement we maintained social distance all thru:) Apologies for miscommunication”

– Seemingly after being criticised by other fans because of his actions, he tweeted: “Kya karu main? Mar jau? Meri koi feeling nai h? (What should I do? Kill myself? Don’t I have any feelings?)”

– This was followed by another post: “Mujhe log galiya de rae h.. dekho gaaliyo ka farak nai padta mujhe hum punjabi h 400-500 gaaliyan dosto ke saath bethe to apas main de dete h (People are swearing at me. Look, it doesn’t make a difference to me because I’m a Punjabi. We cuss 400-500 times just when we’re sitting with friends).. but i am really sad that i am against my country people at the moment… (crying out loud emoji)”