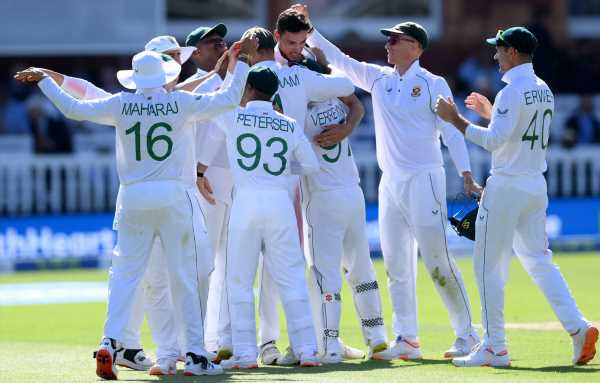 South Africa might make several changes to their side for their decisive Test against England for what captain Dean Elgar said would be a “World Cup final” for his country.

“We are going into this Test is pretty much like a World Cup final for us. We’re going to go in with a result in mind and we got to give our best effort for that,” Elgar told a news conference at The Oval on Wednesday.

Elgar said the weather would dictate whether they played with an all-seam attack or again with three quicks and two spinners when the third and final Test begins at The Oval on Thursday, but predicted two or three changes to the line-up.

The visitors have already been forced to make at least one change after Rassie van der Dussen was ruled out with a fractured finger.

South Africa’s poor performance in the second Test was unexpected considering the way they had dominated the hosts in the opening encounter at Lord’s.

“I think a whole team is over that, we know it wasn’t one of our proudest moments,” Elgar added.

“You can’t be pinning for too long in Test cricket, you have to really crack on and focus on what’s next. We’ve had a few days off where I’m pretty sure the guys have gotten rid of that frustration.”

As South Africa’s gamble to change of tactics in the second Test at Old Trafford backfired spectacularly, a return to a four-man fast bowling attack looks likely.

“Manchester was one of those tough ones when we went with what we thought was best for the moment and for the side. Hopefully the right decision will be made (this time),” he added.

Both previous Tests were decided inside three days and Elgar predicted the last in the series would also be swiftly resolved, weather depending.

“There’s definitely going to be a winner in this, there’s no doubt about that because of the styles of cricket that both teams have been playing,” he said.