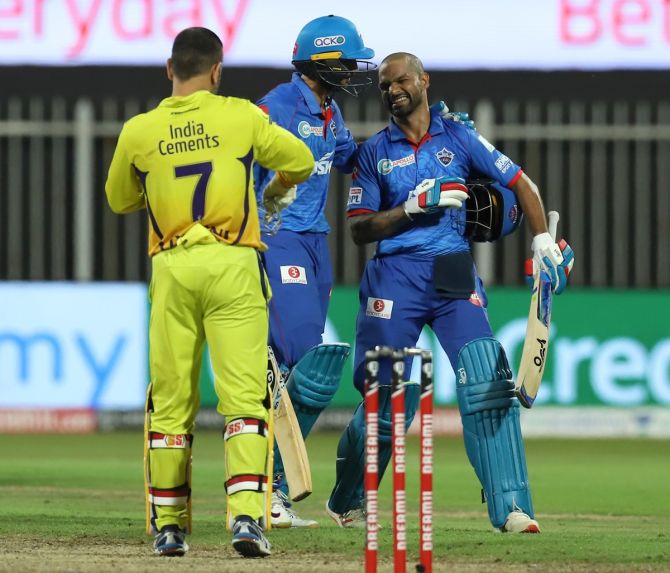 Remarkably, it was Dhawan’s maiden century in the Indian Premier League in his 13th season.

Earlier in the evening, after Captain Mahendra Singh Dhoni won the toss and elected to bat first, Chennai posted a respectable 180 for Delhi to chase.

Delhi started on a cagey note, losing Prithvi Shaw in the first over. He was soon followed by Ajinkya Rahane, Deepak Chahar claiming both wickets.

At the other end, Dhawan took control of the proceedings with a flurry of boundaries to keep the scoreboard ticking.

Despite not having any steady partner for the majority of the chase, he kept punishing the CSK blowing attack and his final tally of 101 off 58 balls, included 14 fours and one six.

The knock also came thanks to the blessings of Lady Luck as Dhawan’s aggression resulted in several close calls — three dropped catches and a close run-out situation — all of which left the CSK bowlers frustrated on the night.

In the end, Delhi cruised to victory with a delivery to spare.

‘At the start of the season I was not converting those 20s into 50s. Once you do that you take the confidence into the next game. I keep my mindset positive,’ Dhawan revealed as he accepted his Man of the Match award.