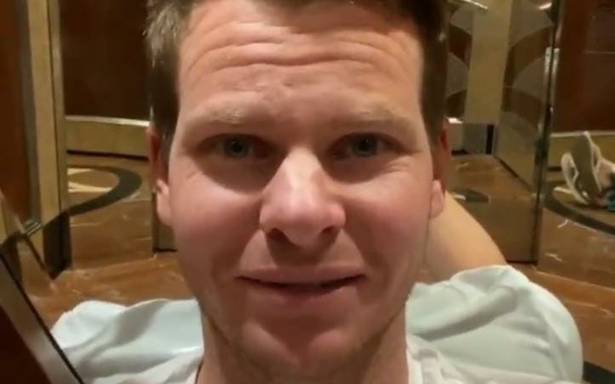 “That’s 55 minutes I’ll probably never get back,” he said with a laugh after he was safely back in his room

Australian batsman Steve Smith has had plenty of ups and downs in his career which probably prepared him for when his evening plans were ruined on December 30 after being trapped in an elevator between floors for 55 minutes before he was rescued.

Smith was dismissed in the nervous 90s when he captained the side in the second Ashes test win in Adelaide but kept his nerve — and his humour — in the lift as he contacted his team mates for help before recording his ordeal on Instagram.

"Not quite the night I had planned, I’m currently stuck in a lift," he said on a video showing his followers how he was trapped inside an elevator 20 storeys up.

"The doors won’t open, it’s out of service … I’ve tried to get the door open, I’ve got this side open. [Australia team mate] Marnus [Labuschagne] is on the other side trying to open the door."

Ever the reliable partner, Labuschagne made sure Smith was well fed, squeezing a packet of M&M’s through the gap in the doors as he tried to pry them open with a rod.

When a technician finally arrived and pried open the doors, Smith climbed out to applause from the "rescue team".

"That’s 55 minutes I’ll probably never get back," he said with a laugh after he was safely back in his room.

Australia have already wrapped up the Ashes series with a 3-0 lead ahead of the fourth test in Sydney starting on January 5.