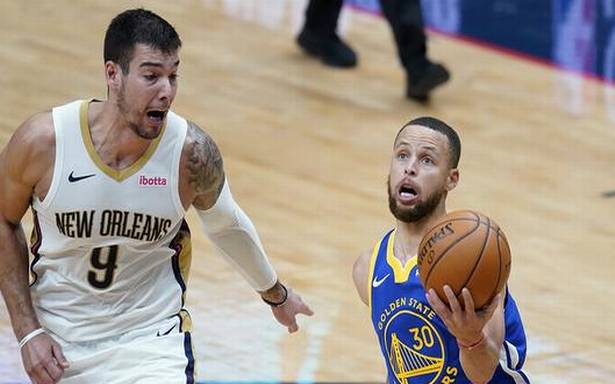 Nuggets seal playoff berth despite loss to the Lakers

Stephen Curry erupted for 41 points as Golden State Warriors stayed on course for the post-season with a 123-108 victory over New Orleans Pelicans on Monday.

Curry’s 33rd 30-point game of the season helped the Warriors move to 33-32 and leave the former champion firmly in the hunt for a Western Conference play-in tournament place.

Denver Nuggets clinched its place in the playoffs despite sliding to a 93-89 defeat to the Los Angeles Lakers.