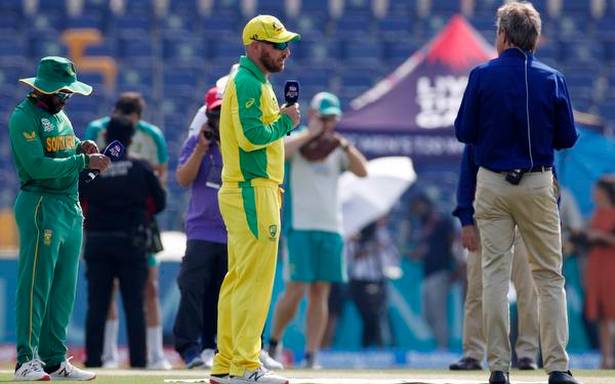 Australia skipper Aaron Finch won the toss and elected to bowl against South Africa in their opening Group 1 Super 12 match of the T20 World Cup in Abu Dhabi on Saturday.

South Africa enter the clash having won both their warm-up games against Pakistan and Afghanistan.

Australia, on the other hand, defeated New Zealand before suffering an eight-wicket loss to India in their warm-up fixtures earlier this week.