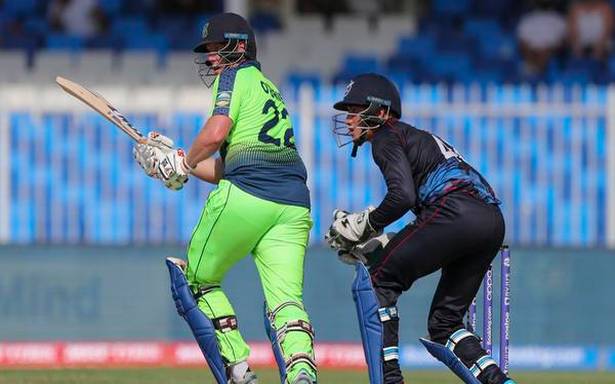 Winner of the match will qualify for the Super 12.

Ireland won the toss and elected to bat first against Namibia in the penultimate T20 World Cup first round Group A match on Friday.

The game is a virtual knock-out tie for both the teams as whoever wins will qualify for the Super 12s stage alongside Sri Lanka from the group.

Ireland will hope for a better display with the bat. The Irish made short work of the Dutch in their campaign-opener, but failed to cope against the formidable Sri Lankan attack.

Pacers Curtis Campher (four wickets), Joshua Little (five) and Mark Adair (five) have done well and Ireland will be counting on them again.

Namibia will be high on confidence having completed its highest successful T20I chase for a maiden World Cup win on Wednesday against the Netherlands.