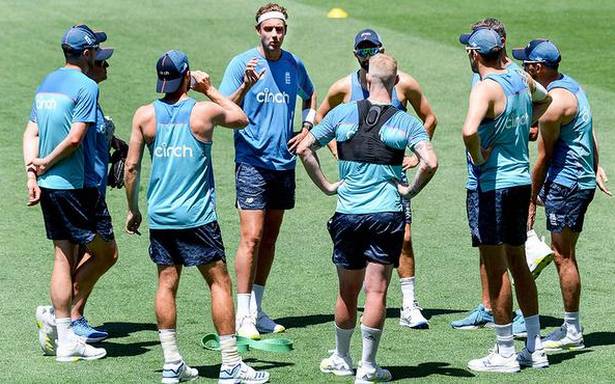 England has its task cut out given Australia’s record

England heads into the day-night second Ashes Test here on Thursday under pressure and facing an ominous task against an Australian team which has won all its eight pink-ball matches.

The tourists’ capitulation by nine wickets in the opening Test in Brisbane exposed their batting and fielding frailties, exacerbated by rain-hit preparations and lack of match practice.

It wasn’t helped by poor decision-making — notably captain Joe Root choosing to bat after winning the toss on a juicy Gabba pitch and the widely criticised omission of pace veterans Jimmy Anderson and Stuart Broad.

Root knows his team must find a way to improve, and fast, to stand a chance at a ground where Australia has posted five of its eight Test wins under lights.

Seamers Broad and Anderson are tipped to return given the extra movement found with a pink ball.

That would mean one of Ollie Robinson, Mark Wood or Chris Woakes missing out, and England must also decide what to do with spinner Jack Leach, who was hammered for one for 102 in 13 overs at the Gabba.

There are also concerns over Ben Stokes, who failed to fire in his first competitive match in six months after a break to deal with a finger injury and mental health issues. Root insisted England’s star all-rounder would bounce back and warned Australia: “You write Ben Stokes off at your own peril.”

Usman Khawaja is a likely replacement to open alongside Marcus Harris if David Warner, who has been nursing bruised ribs, is rested.