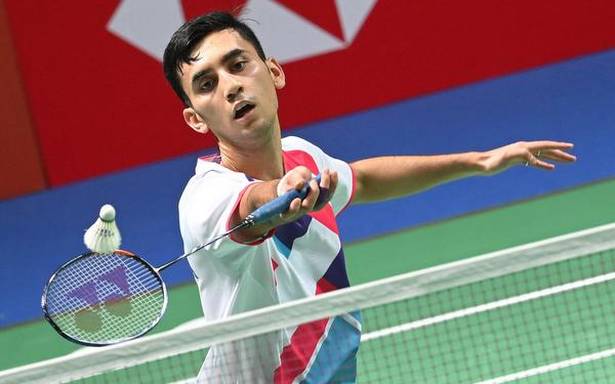 After making the badminton world sit up and take notice in 2021, the 20-year-old is determined to continue his progress towards becoming a consistently elite player at the highest level

Lakshya took to the sport at six, and a couple of years later his dad, a former SAI coach, felt his talented son needed to be in the country’s best badminton centre to realise his full potential.

“He was a very confident and aggressive player. He was sharp and had a good game strategy too,” said Dhirendra, who played with the great Syed Modi in his prime.

However, Chandra Lal wanted Lakshya to become a doctor and was not keen on his grandson moving out.

In 2011, Dhirendra, then a national camp coach in Pune, took his sons to an all-India sub-junior tournament in Bengaluru.

“Chirag won the singles there and Lakshya played qualification matches. I took Lakshya as I wanted Prakash Padukone and Vimal Kumar to see how he played,” he said.

A little later, Lakshya and Chirag joined the Prakash Padukone Badminton Academy. Lakshya was just nine then. Padukone, who started Olympic Gold Quest with multiple World billiards champion Geet Sethi, brought in the organisation to support them too.

The 10 years at the Padukone academy changed Lakshya’s world. The 20-year-old won the men’s singles bronze at the recent World Championships in Spain, the youngest Indian to win a Worlds medal, and was a World Tour Finals semifinalist a few days earlier.

His world ranking also rose to a career-best 17 and the Badminton World Federation has now marked him out as one of the youngsters to watch in 2022.

But rewind a bit, to September 2021, a time when Lakshya was not even picked in the Indian team for the Thomas Cup and Sudirman Cup after the trials. The decision drew protests from many in badminton circles.

But there was a blessing of sorts too.

“He was very disappointed when he missed out on the Thomas and Sudirman cups. Luckily, at that time, Viktor Axelsen [Denmark’s Tokyo Olympic champion who has now moved to Dubai with family] called him. He was making a trip to Dubai and asked Lakshya to be there,” revealed Vimal Kumar, director and chief coach of the Padukone academy.

“That suited Lakshya perfectly. If he had stayed in India, mentally that would have been very tough for him. He went and practised for a couple of weeks with Axelsen. Singapore’s Loh Kean Yew [who defeated Kidambi Srikanth to win the World title recently] was also there.”

That did Lakshya a world of good, his racquet is now doing all the talking. The youngster is now enjoying his brightest phase. Apart from the third-place finishes at the Worlds and World Tour Finals in December, he was runner-up at the Dutch Open and third in Germany’s Hylo Open. And there were many notable wins too, such as the ones over Kean Yew in the French Open and Japan’s Kanta Tsunemaya (then World No. 10) at the Indonesia Masters.

Strangely, Lakshya has frequently run into Axelsen and Japan’s Kento Momota, the World No. 1 and 2 respectively, in recent tournaments.

Does he feel a bit unlucky?

“That’s how the draw is. That also gave me a lot of experience and confidence to go out and perform against the big players,” said Lakshya.

“But yes, in Indonesia, the draw was a bit tough …I was playing Momota or Axelsen in every other round. But you have to beat them to become a champion.”

What did he learn playing them?

“Just to be patient and wait for your chances. And then there is no easy way against these players, you have to work for every point.”

This year is packed with many majors, including the Worlds, World Tour Finals, Asian Games, Commonwealth Games and All England, which should keep Lakshya busy.

“I can do well in all the big events this year. I will try to go all out and win gold in every tournament. I will definitely try my best to win an Asiad gold, also break into the top 10,” said the confident youngster, the Youth Olympics silver medallist and Junior Worlds bronze medallist in 2018.

“Definitely, it will be harder. After [entering the] top 20, if you want to go up in rankings, you will have to win big tournaments, big matches, win consistently and defend points. My long-term goal is to do well at the Olympics and also become World No. 1.”

However, Vimal would not like to put Lakshya under pressure by predicting big things.

“In 2021, the goal was to get into the top 20… he has already achieved that. The priority now is to win tournaments. At the moment I don’t want to put pressure on him,” said the former international.

“He still has some way to go to match the big guys [Axelsen, Momota and Kean Yew]. He is getting better. The most important thing is he is getting the opportunity, he should make use of it. Definitely, he needs to work on his endurance, he can get better at the tactical aspect… like how he can play better against these players. Also, develop a few strokes, a deceptive drop shot or a deceptive clear,” said Vimal.

“Lakshya naturally is not a deceptive player, he is an attacking player, likes to dominate at the net and then go on the attack.”

Though he has lost a series of matches against Momota, Lakshya has run him close in recent encounters but nothing seems to have worked against Axelsen, who at 194cm is one of the tallest players and his long limbs don’t allow anything to pass by.

Vimal explained the reason for this.

“Momota does not have a big hit whereas Axelsen, if you play him short, he is very strong and he has those very steep smashes. Momota does not have a very big attack, you have to be patient, play with him and then attack. He gives you a lot more opportunity to play, Axelsen did not give Lakshya that sort of opportunity in recent matches. He kept on catching him at the back,” said the former international.

“You have to be patient [against Axelsen], make him work, try to keep a good length and then bring him to the net more, play a little more sharper and get opportunities.

“At the moment, Axelsen and Momota are definitely playing a couple of notches above everybody else. The rest of them are at a similar level.”

Lakshya, who made many sit up by shocking some leading names in 2020, including Indonesia’s Asian Games champion Jonatan Christie, has improved considerably and Vimal can see many positives.

“I feel he has improved his patience. Earlier when somebody used to retrieve and make him play more, he used to get frustrated. That has changed. In the Denmark Open he beat Sourabh Verma very easily. To play these defensive players, eventually you have to develop that, you cannot hit through people all the time.”

Lakshya is certainly being given the opportunities to improve. Two weeks ago, the Padukone academy, with support from Olympic Gold Quest, brought in Korean coach Yoo Yong-sung, a two-time Olympic men’s doubles silver medallist (2000 and 2004), to help its elite players.

Four years ago, Lakshya’s parents moved to Bengaluru, with Dhirendra joining the Padukone academy as a coach. They can now watch Lakshya’s rise from the best seats.