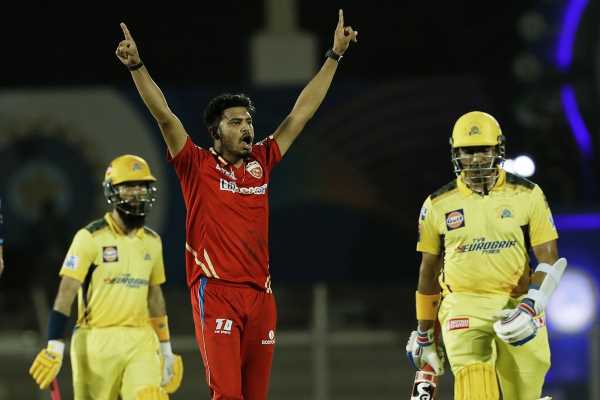 Punjab Kings batter Shikhar Dhawan was all praise for debutant Vaibhav Arora who dismantled the Chennai Super Kings’ opening order on Sunday in the IPL 2022.

Arora returned with impressive figures of 2/21 from his 4 overs here at the Brabourne Stadium in Mumbai as PBKS bounced back in style in Indian Premier League (IPL) 2022 by defeating the Chennai Super Kings (CSK) by 54 runs.

Chasing 181, CSK did not get the ideal start with the bat after openers Ruturaj Gaikwad and Robin Uthappa were back in the hut. Ruturaj was caught in the slips by Dhawan while Uthappa’s leading edge was taken by PBKS skipper Agarwal. Kagiso Rabada and Vaibhav Arora claimed a wicket each.

PBKS continued to mount pressure with the new ball as debutant Vaibhav Arora claimed his second wicket after Moeen Ali dragged a delivery onto the stumps.
The 24 year old made the new ball swing both ways and the CSK batters had a hard time guessing which way the ball would move.

In the post-match presentation, Shikhar Dhawan said: “It feels great. We made a great comeback. It’s amazing. He (Vaibhav) was troubling us in the nets as well. That’s why he got the debut today. He bowled a good line and length and used the pitch.”