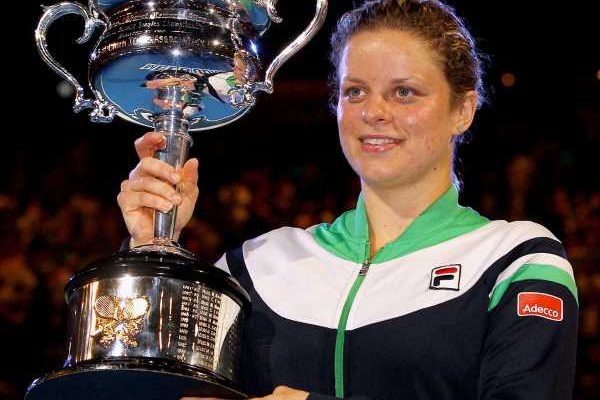 Following the retirement of Australian world number one Ash Barty at 25, here is a list of high-profile tennis players and other sportspeople who called time on their careers at a young age. Henin retired in 2008 at he age of 25 as world number one and with seven Grand Slam titles and an Olympic gold medal to her name. But inspired by fellow Belgian Clijsters’ comeback, Henin also came out of retirement in 2010, before retiring again the following year.

Henin made appearances on Belgian reality shows in 2009 but did not stray too far from the sport, heading up a tennis academy under her name alongside former coach Carlos Rodriguez. Former Swedish world number one Borg retired from tennis at the age of 26 in 1983, having won 11 majors which included five consecutive Wimbledon titles.

Borg attempted a comeback in 1991 but failed to win a single match, retiring again in 1993. Austin, the youngest women’s player to win the US Open at 16, retired from tennis aged 21 in 1994. The American’s career was cut short after she suffered injuries and was involved in an car accident that required surgery on her leg.

After her retirement, Austin has worked as a tennis commentator. Argentina’s Sabatini retired aged 26 due to a stomach injury, having won one major title at the US Open in 1990. After winning three successive NBA championships with the Chicago Bulls, basketball great Jordan abruptly announced his retirement in 1993 at the age of 30.

Jordan played minor league baseball before returning to the Bulls, helping them win three straight titles from 1996 to 1998 and retiring again. He returned to the court in 2001 for two more seasons with the Washington Wizards. Rosberg retired from Formula One aged 31, days after winning the world championship in 2016, beating his Mercedes team mate Lewis Hamilton to clinch his only world crown.

Rosberg is now a television pundit and promotes green technology and sustainability as an eco-entrepreneur. He is an investor in the Formula E championship and a team owner in the off-road electric Extreme E series.