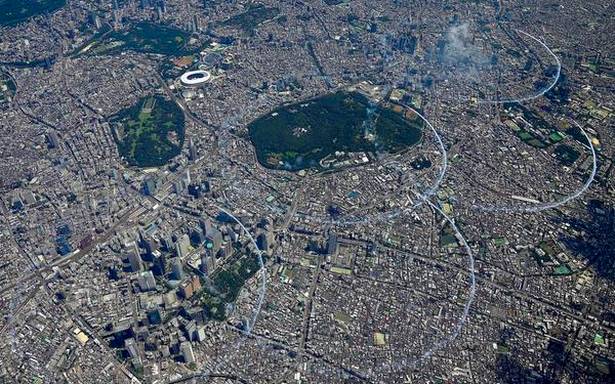 Reports in Japan have suggested that those attending the ceremony in person could be as low as 1,000 due to the pandemic.

Leaders from around 15 countries are expected to attend Friday’s opening ceremony of the COVID-hit Tokyo Olympics.

Reports in Japan have suggested that those attending the ceremony in person could be as low as 1,000 due to the pandemic.

The decision to limit the number of attendees during the opening ceremony at the National Stadium here was taken in view of the organisers’ efforts to control the raging COVID-19 pandemic, Chief Cabinet Secretary of Japanese government Katsunobu Kato was quoted as saying by ‘Kyodo’ news agency.

He said around 70 cabinet-level officials are also set to visit Japan, adding that there is still uncertainty over the number of VIPs attending the opening ceremony.

World leaders who have already promised their attendance in the opening ceremony are French President Emmanuel Macron, Mongolian Prime Minister Luvsannamsrai Oyun-Erdene and US first lady Jill Biden among others.

But the rising cases of coronavirus in Japan has forced many leaders to cancel their visits for the sport’s showpiece event.

Chief Cabinet Secretary Kato said the Games will give Prime Minister Yoshihide Suga "valuable opportunity to build up personal relationships" with the world leaders which has been hampered for the last one-and-half years because of the poandemic.

The delayed Tokyo Olympics will be held under a state of emergency sans spectators due to the global pandemic.