One more death and 52 new cases of the virus in Italy were reported on Wednesday, all in the north, while nations around Europe reported additional infections linked to the Italian flare-up. 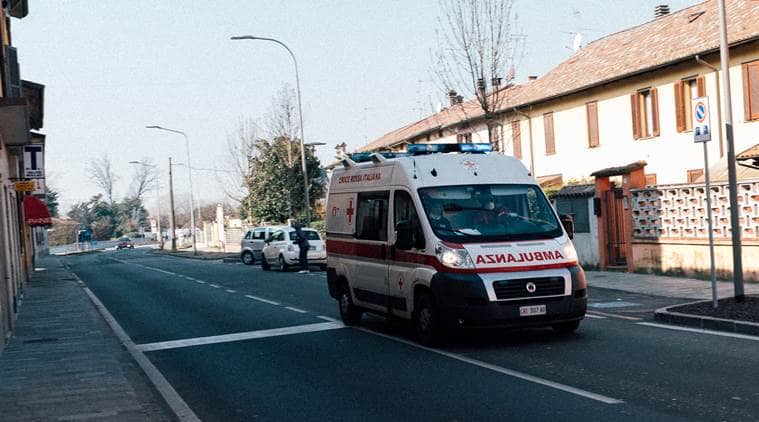 Inter Milan’s Europa League match at home to Ludogorets Razgrad will be played behind closed doors on Thursday because of the coronavirus outbreak but all other European competition matches across the continent will be unaffected, UEFA said on Wednesday.

One more death and 52 new cases of the virus in Italy were reported on Wednesday, all in the north, while nations around Europe reported additional infections linked to the Italian flare-up. The death toll in Italy now stands at 12.

The Italian government has banned all sports events in six regions up to and including Sunday, although top-flight Serie A soccer matches can be played behind close doors.

“Following the decisions of the Italian authorities, the UEFA Europa League match between Inter Milan and Ludogorets Razgrad will be played behind closed doors at the Stadio San Siro,” Euriopan soccer governing body UEFA said in a statement.

Inter said it would close the hospitality areas and media areas and there would be no news conferences for the last 32, second leg tie against the Bulgarian side. Inter lead 2-0.

“The club has shown its full commitment in taking appropriate action, such as closing the hospitality areas and cancelling all activities that would have meant the gathering of people, in order to ensure that the match can take place safely,” Inter said in a statement.

Inter coach Antonio Conte said it would be difficult to play without spectators. “Football needs the public, to feel the atmosphere,” he said. “That is the nicest thing. We accept these decisions are made for health reasons but we hope we can get back to normality as soon as possible.”

Six Serie A matches will be played without spectators at the weekend, including third-placed Inter’s game at leaders Juventus in Turin on Sunday, one of the top fixtures of the season.

In other European games this week, French side Olympique Lyonnais host Juve while Real Madrid are at home to Manchester City in Champions League last 16, first leg ties on Wednesday.

There are also 16 Europa League ties on Wednesday and Thursday with matches in Portugal, Belgium, Sweden, Switzerland, Austria, Britain, Turkey, Spain and the Netherlands.

“All other UEFA matches scheduled this week will go ahead as planned and at this time there are no restrictions for attending supporters,” it added. “UEFA will continue to closely monitor the situation regarding Covid-19 (coronavirus) and to liaise with relevant authorities in this respect.”