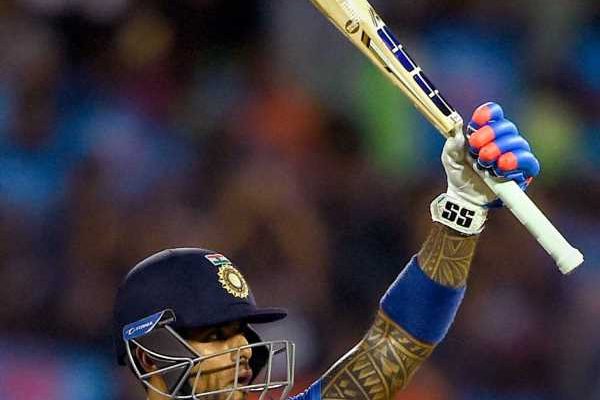 ‘After the first ball that hit him, he wanted to play his shots, be aggressive and take on the bowling.’

K L Rahul rates the Greenfield international stadium wicket in Thiruvananthapuram as the toughest to bat on.

After restricting South Africa to 108/6 in 20 overs, India won the match by 8 wickets, with Suryakumar Yadav and Rahul scoring fifties. 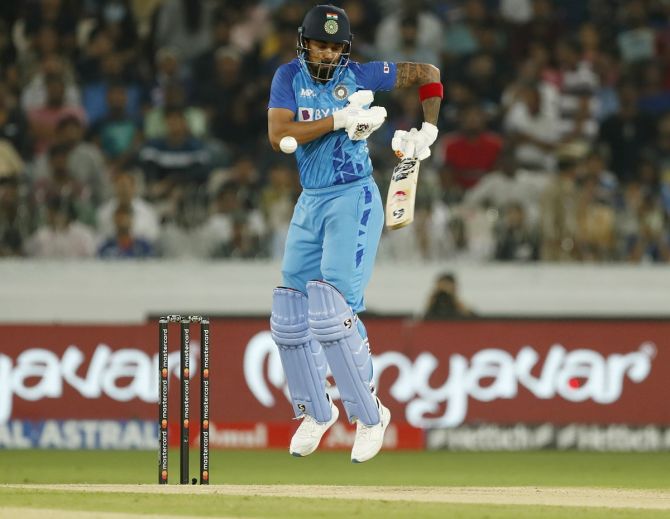 It was not easy for the batters as they were hit several times.

On a pitch with underlying moisture and more than waist high bounce, the batters struggled and Rahul explained it after the match.

‘Definitely, right up there (as the toughest pitch). We have played in some difficult conditions like this, but I haven’t got runs, so this was hard work.’

‘It was unbelievable for Surya to come out there and play those shots, we have seen how balls were flying, nipping around, two-paced and everything that can be hard for a batter that was the wicket today, and for Surya to come with that approach after the first ball that hit him, he just woke up and wanted to play his shots, be aggressive and take on the bowling. That helped me take my time and play one end.’

‘Long ice bath today. Ice baths and wickets like these is not something we enjoy, but we have to do it sometimes,’ Rahul added.

The pitch that former India head coach Ravi Shastri termed ‘not ideal for T20 cricket’ had batters of both teams finding it difficult to cope with both pace and movement.