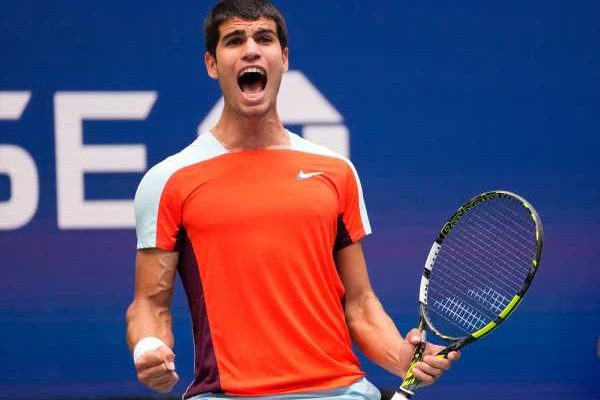 A summary of Saturday’s action at the US Open.

World number four Carlos Alcaraz used his mighty forehand to swat aside American Jenson Brooksby 6-3, 6-3, 6-3 in a superb third-round performance at the US Open on Saturday.

The Spanish teen rocketed to stardom as the youngest man to reach the quarter-final at Flushing Meadows last year and looks on track for another memorable run after making 46 winners to just 10 from his opponent inside Arthur Ashe Stadium.

“I played really, really well,” the 19-year-old said in an on-court interview. “I knew that it was going to be a tough match… I’m really happy with my performance.”

The third seed has enjoyed a terrific 2022, winning in Miami and Barcelona before downing a fearsome trio of Rafael Nadal, Novak Djokovic and Alexander Zverev to win Madrid.

A crisis of confidence led to an early exit from Montreal but Alcaraz showed no such issues on Saturday when he recovered from a slow start in the third set.

Up a break in the second game, Brooksby gave the home crowd a thrill when he fell backwards during a 17-shot rally but incredibly recovered to win the point. He added to the crowd’s elation when he broke the third seed to love in the next game.

The party would be short-lived, however, as Alcaraz won the next six games in ruthless fashion. 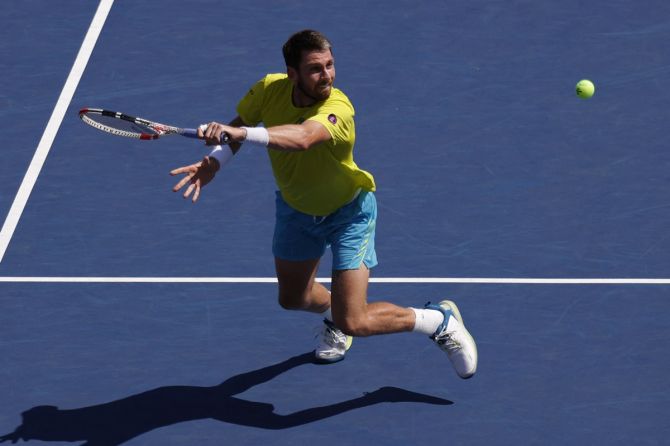 British number one Cameron Norrie chipped away at Holger Rune’s defences to win 7-5, 6-4, 6-1 and reach the fourth round at the US Open for the first time with new confidence on the Grand Slam stage.

The 27-year-old Wimbledon semi-finalist had already beaten Rune twice this year and showed he had not lost the winning formula in sizzling conditions, making 22 unforced errors to his 19-year-old Danish opponent’s 43.

Rune saved 11 of the 18 break points he faced in the match but was left without answers in the third set when Norrie, who had hold of the momentum, stormed through in 29 minutes without dropping a single first-serve point.

“Just went two hours and he kind of dropped his intensity, and started playing too aggressive, in my opinion, and was missing a lot,” said Norrie. “I feel like I did my job.”

The seventh seed enjoyed a career breakthrough when he reached the second week of a major for the first time at the All England Club earlier this year. While no ranking points were on the offer, the performance provided a clear mental boost.

The Russian saved 13 of 17 breaks across the match in a tremendous defensive display but failed to clinch it on three match points late in the fifth set, as hard-hitting Shapovalov got a critical break to send it into a tiebreak.

Rublev overcame a rowdy Grandstand crowd firmly on his opponent’s side to clinch it on the fifth match point before collapsing to the court and burying his face in his hands. 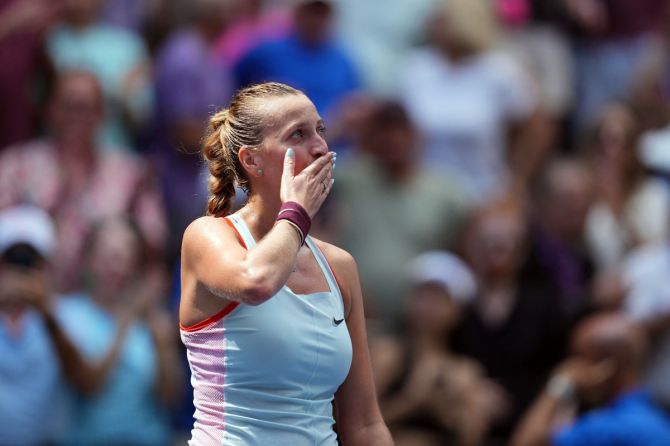 Kvitova was in good form headed into Flushing Meadows after reaching the Cincinnati final and reiterated her claim as one of tennis’ great fighters when she saved match point twice late in the third set to push the affair into the tiebreak.

The twice Wimbledon champion said she was inspired by 23-times Grand Slam winner Serena Williams, whose emotional farewell to the US Open with a gritty, third-round loss to Ajla Tomljanovic on Friday overshadowed the entire tournament.

“I watched Serena last night and it was amazing how she was saving those match points, so I tried to do the same,” said Kvitova.

Muguruza, who suffered first-round exits from Wimbledon and Roland-Garros before pulling out of August’s Silicon Valley Classic with an injury, was not at her fighting best as she sent over 21 winners to 43 from her opponent across the match.

The twice Grand Slam champion Muguruza pulled out every weapon in her arsenal to defend three match points in the 22-point tiebreak but was forced to endure another heartache this year when she whacked the ball into the net on the final play.

Kvitova had the crowd squarely on her side in her 15th appearance in the Flushing Meadows main draw but it will be a different story when she faces home hope Jessica Pegula next, after the American reached the quarter-finals at the Australian Open and Roland-Garros.