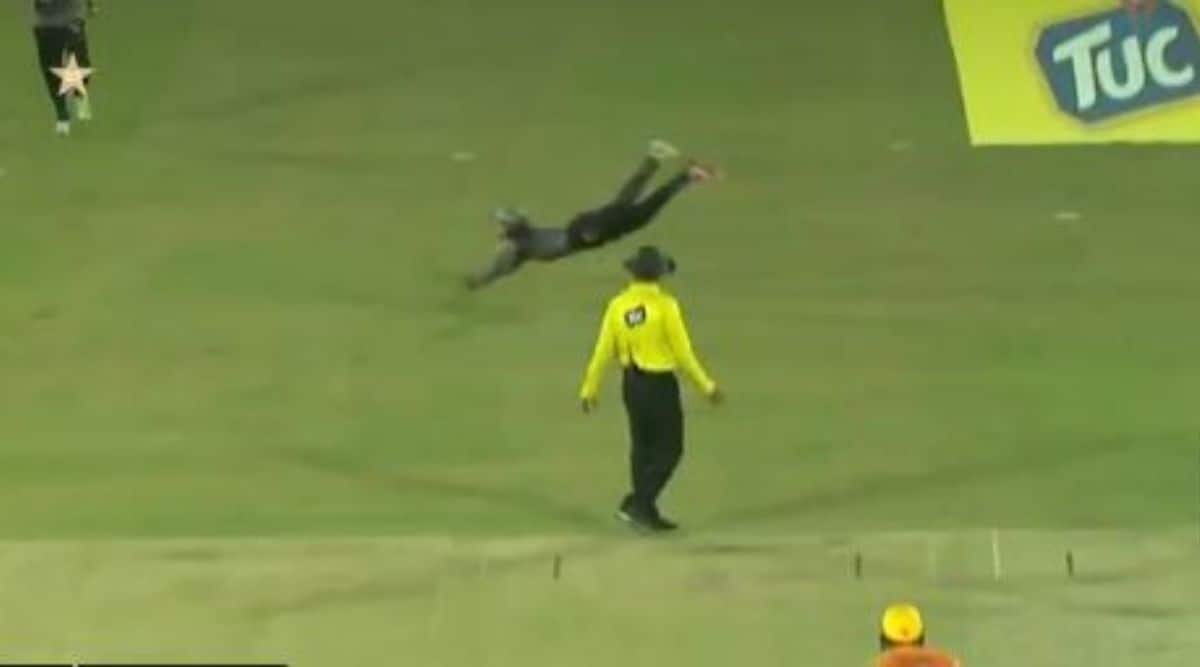 Pakistan’s wicketkeeper Mohammad Rizwan took a stunner in the ongoing National T20 Cup on Tuesday and the ‘superman’ catch is being hailed as the catch of the tournament.

The spectacular piece of fielding was witnessed place when Khyber Pakhtunkhwa was playing against Sindh and Rizwan was relegated to the role of a fielder after Mohd Haris donned the wicketkeeping gloves for the side.

In the 19th over of Sindh’s innings, Rizwan grabbed a blinder when batsman Anwar Ali attempted to go the aerial route off Musadiq Ahmed. He could not connect the ball properly and ended up launching the ball to high in the sky. Rizwan, at extra cover, came below the ball running all of 40 yards to get in place and successfully taking the blinder with a dive. Sindh were 111-7 at that time, needing 28 runs for victory.

As soon as he took the catch, PCB shared that video from their official Twitter handle with a cut-line, “ It’s a Bird, It’s a Plane, It’s Superman No It’s @iMRizwanPak”. Social media went berserk and they had heaps of praises for Rizwan. The catch gave a glimpse of how the cricketers from across the world are taking fielding seriously in this T20 Leagues time.

The Pakistan Cricket Board (PCB) also complimented Rizwan for his brilliant catch. ICC also posted on Twitter, “What a grab this was by Mohammad Rizwan”.

Rizwan failed to impress as a batsman as he only scored 12 runs in 14 balls and his team Khyber Pakhtunkhwa lost the match by two wickets against Sindh. But the main highlight was Rizwan’s absolute blinder that awed the entire social media. We are looking forward to witnessing more such catches ahead in the tournament.