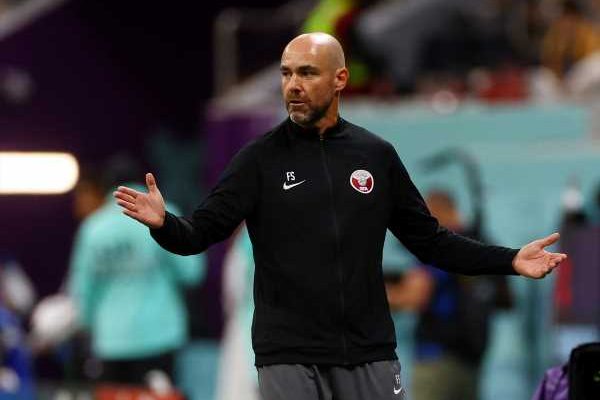 World Cup hosts Qatar know they must not let nerves get the better of them again on Friday as they face African champions Senegal needing to take something from their second Group A encounter or face an early exit from the tournament.

The home team froze under the weight of expectation and quickly went behind in Sunday’s opener, losing 2-0 to Ecuador and being deserted by their own fans, who emptied the stadium in droves in the second half.

“Our nerves betrayed us,” said coach Felix Sanchez. “We were unable to string together four passes in a row. Also, many defensive gaps. The team was not balanced and that hurt us a lot.”

Defeat at Doha’s Al Thumama Stadium would ensure Asian champions Qatar become only the second World Cup hosts to fail to get past the first round after South Africa in 2010.

Sanchez, who has had his players together almost like a club side for months in the build up to the World Cup, has promised a more “effective and competitive” team but on the evidence of their opener they are going to need much more against Senegal.

They can ill afford the defensive frailty and flapping from goalkeeper Saad Alsheeb that marked their World Cup debut on Sunday.

Senegal let slip a positive start by conceding two late goals against the Netherlands in their group opener on Monday, with World Goalkeeper of the Year Edouard Mendy partly to blame.

But while he is likely to keep his place, changes to the starting line-up will be forced on coach Aliou Cisse after midfielder Cheikhou Kouyate was forced from the field with a thigh muscle tear and defender Abdou Diallo with a thigh strain.

There is also likely to be a switch up front where Senegal could start with an extra attacker in Bamba Dieng.

“Football is about efficiency, when you don’t score you cannot win,” said Cisse, who lost talisman Sadio Mane before the start of the tournament.

Mane’s absence was particularly noticeable against the Dutch as Senegal laced pace and determination in attack.

“We will work on it. The fact of having lost our opening match will motivate us,” added the coach.

“Not everything we did was bad, it is up to us to rectify our mistakes.”