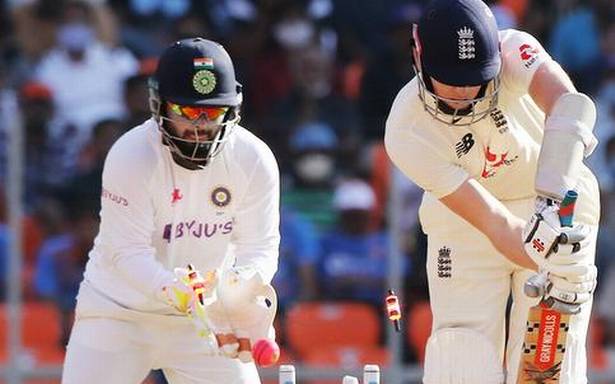 We need to get over it and not talk about whatever picture you want to paint, Ashwin tells pitch critics

A day after his cryptic tweets led to various theories, not only did R. Ashwin confirm that he was referring to the furore over the pitches in the last two Tests but the India off-spinner also lashed out at the critics who have been blaming England’s losses on the surfaces rather than crediting India’s all-round performances.

Ashwin addressed the media on Saturday through a virtual interaction. Asked whether the strip at the Narendra Modi stadium, which saw the third Test lasting less than two days, was a good pitch, Ashwin shot back: “I have a question back. What is a good cricket surface?”

“The bowler wants to win the game. The batsman needs to bat well to get runs. No question about it. What makes a good surface? Who defines this? Seam on the first day and then bat well and then spin on the last two days? Come on!” Ashwin added.

“Who makes all these rules, we need to get over it and not talk about whatever picture you want to paint. If you’re asking if it is a good Test surface, I don’t see any of the players coming from England having an issue with the surface.

“They want to improve, they look like they want to have a contest. Is it the players and the people who are reporting back that want their players to not complete and complain about the pitches? Because we have never done that on any of the tours.”

Ashwin also pointed out that the pink ball responded differently to the surface than the red ball, with things happening “quicker”.

“I started the game, in the nets, I used to be a little sceptical. When I bowled, the balance of the ball was a lot different to the red ball.

“When you try to put too many revs, it wasn’t rotating as much at the seam as I thought the red ball was rotating,” he said.

“If at all it fell on the seam, it was spinning quite big at that time. It wasn’t responding the way the red ball was responding. Whatever was happening, was happening quicker off the surface. It didn’t make a difference.

“If we played with a red ball game on the same surface, the pace of the game must have been a touch slower. These are all the things I’m talking about in hindsight.”