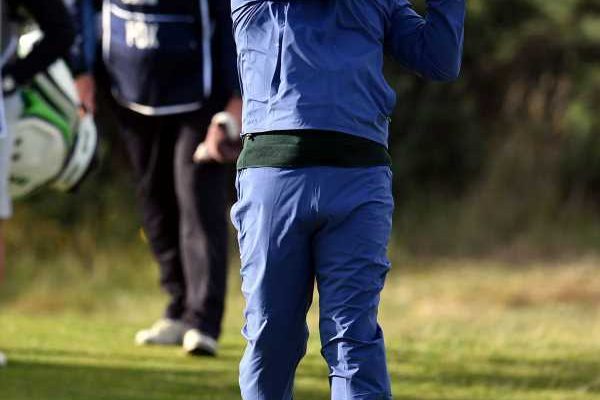 Shane Warne will always be remembered for his cricket but New Zealand golfer Ryan Fox holds a special memory of the spin-bowling great upstaging the professionals at the Alfred Dunhill Links Championship.

Fox teamed up with amateur Warne several times at the pro-am in St. Andrews and finished runner-up with the legspinner in the team component last year.

After winning the event’s individual title last month, Fox paid tribute to his ‘great mate’ Warne, who died at 52 in Thailand in March, saying he felt the cricketer helped him out during his final round.

On Wednesday, an emotional Fox remembered a “typically Warnie moment” at Dunhill last year, the last time they played together.

“He’d got in at four o’clock in the morning. There’s some great photos of him and a few of the other cricketers playing cricket in the Old Course Hotel with a whisky bottle and a tennis ball at some ungodly hour,” Fox told reporters ahead of the Australian PGA Championship in Brisbane.

“He gets on the first tee and goes, ‘I’m no good this morning’ and he starts off with a birdie-net-eagle and we shot 56 as a team.

“He beat all the pros off the stick, getting 10 shots.

“It was very sad for him not to be at Dunhill with us this year, but it was kind of nice to honour him in that way, too.”

Fox will tee off early in the marquee group at Royal Queensland on Thursday with a pair of Australians in British Open champion Cameron Smith and former world number one Adam Scott.

However, he will have countrymen close at hand.

“They’ve both got Kiwi caddies on the bag, so we’re going to outnumber them out there, which is quite nice,” said Fox.

“I’m sure there’ll be plenty to talk about.”