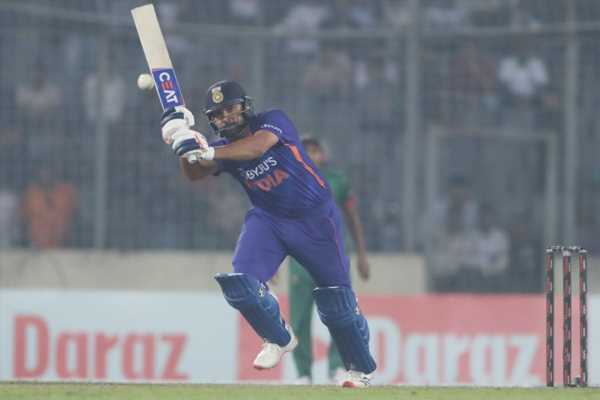 Nursing a dislocated left thumb, Rohit Sharma walked out to bat with India in trouble, needing 64 to win off 44 balls in the second ODI against Bangladesh, and nearly pulled it off.

Coming in at No 9, Rohit struck a blistering half-century off just 27 balls. 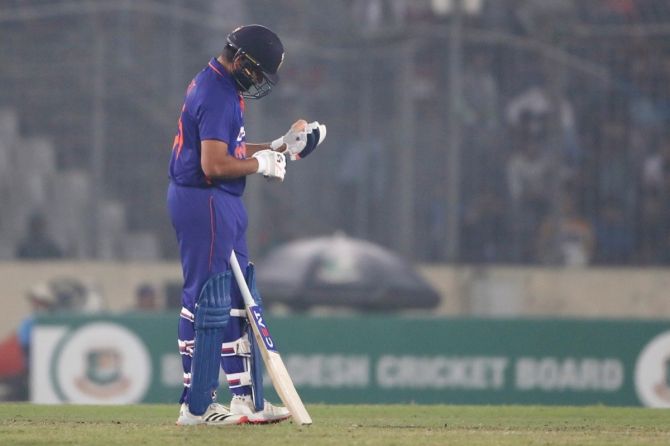 Sunil Gavaskar questioned Rohit’s decision to reserve himself till so late in the batting order.

‘Everybody knows the quality and class of the man. And the thing now, when India came so close, is why did he not come in to bat earlier? If he was going to bat at No 9, then he should have batted at No 7,’ Gavaskar said on Sony Sports Network.

Had Rohit come in earlier, Gavaskar reckons it would have allowed the remaining batters to play more patiently, more so after Axar Patel had played a rash stroke and got out.

‘What that could have done is, I think, Axar Patel would have played differently. Axar thought that maybe Rohit Sharma won’t bat, and therefore he played that shot. At that stage, there was no need to play that shot,’ Gavaskar observerd.

‘At No 9, he (Rohit) almost got India to a memorable win, so had he come to bat at 7, India would have had a much better chance.’

India lost the game by 5 runs, and the series as well.