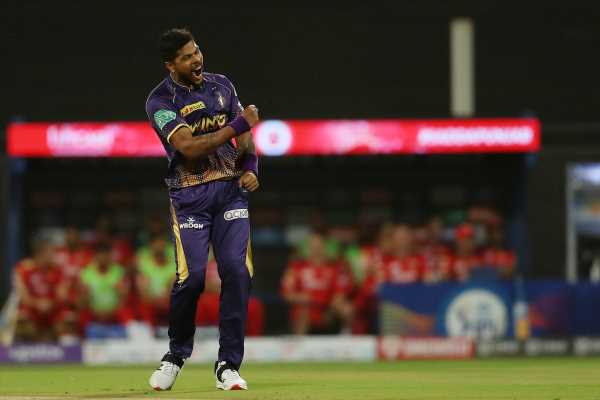 ‘Whatever is happening now has been because of what I have practiced with my coaches.’

Yadav took four wickets for 23 runs as Punjab Kings were dismissed for a modest 137 in 18.2 overs. That effort saw him earn the ‘Player of the Match’ award.

In reply, Andre Russell’s unbeaten knock of 70 off 31 balls helped KKR score 141 for 4 in just 14.3 overs and easily overhaul the total.

“I need to work hard. Getting older and when you know you play just one format, I look to bowl as much as possible.

“When someone improves at practice, they do well during the match as well. I didn’t think Mayank (Agarwal) would charge at me on his first ball. He has played me a lot in the nets,” said Yadav at the post-match presentation.

“I knew he would play off the backfoot, and that’s where I looked to bowl on a fuller length.

“Whatever is happening now has been because of what I have practiced with my coaches. If you bowl at 140kph, you need to be accurate, you need to bowl at the stumps,” he added.

Punjab started off aggressively despite losing captain Agarwal in the first over to Yadav, but Bhanuka Rajapaksa’s 31-run knock-off 9 balls helped the 2014 finalists reach the 50-run mark in just 4.4 overs.

Two-time champions KKR got wickets at regular intervals and did not allow any partnership to flourish.

Sunil Narine and Varun Chakravarthy bowled eight overs between themselves and conceded only 37 runs, with Chakravarthy conceding just 14 in his four overs.