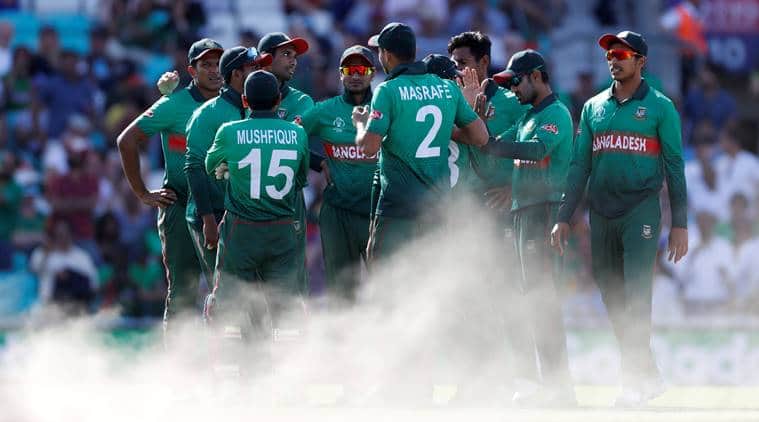 First, they won the toss and refused to bat – paraphrasing a South African newspaper headline that had come up with the gem many moons ago. As Bangladesh captain Mashrafe Mortaza elected to field against England in Cardiff on Saturday, Kevin Pietersen screamed on Twitter: “Bangladesh had ZERO chance by bowling first! ZERO, ZERO, ZERO! To beat England, you have to bat first and score 340+”. Bangladesh also made a team selection error by not picking their only fast-medium bowler Rubel Hossain. England batters – how ironic that a Roy extinguished Bengali hope – feasted on Mortaza and Mohammad Saifuddin’s dibbly-dobbly medium pace.

And the mistakes appeared to be contagious, as Habibul Bashar, too, had his ‘dimensions’ wrong. The former Bangladesh captain analysed the game during the innings break – the video was posted on the Prothomalo website – and spoke about how England’s total, 386/6, was “a little above par”. Bashar still hoped against hope, because according to him, Sophia Gardens “is a small ground”. Now, Sophia Gardens has an 84m boundary towards deep mid-wicket on one side and 79m on the other. Jason Roy and Jonny Bairstow even ran four once, when the ball went towards deep mid-wicket. Bangladesh were, indeed, error-strewn against England, on and off the field.

Leggie Imran Tahir went wicketless against the Indians, whose batsmen have largely read his googly well. 0 for 58 meant Tahir didn’t get the opportunity to do his trademark running towards the fans football-style celebration. In a show hosted by off-spinner Harbajan Singh, Tahir is asked how much distance he would have covered while celerating his wickets across formats. “Jalandhar se Lahore tak,” says the Pakistan-born Tahir. Where does he get the energy from to do this after every wicket-taking delivery? It perhaps has to do with his diet when he was a budding cricketer. When Tahir was young, he could only afford to have chickpea or chole/chana and it till date remains his favourite Punjabi dish. “Paanch rupaye ka ya 10 rupaye ka.. aur naan ke saath,” Tahir says. “Waise bhi ghode chana hi khate hai,” Harbhajan jokes. Against the West Indies, Tahir would like to believe he has a better chance of bagging a wicket or two. He may go a little overboard, when it comes to sprinting, but Tahir should show some respect when if and when he takes a wicket against the Windies. They have in their ranks Andrew Russell who has clocked a sub 10.50 second in the 100 metres (when he was in school)!

Moosajee, the doctor on call

It says a lot about South Africa’s campaign so far that the team’s busiest man in the first week has been Mohammed Moosajee. And if he’s seen so much, it’s never a good sign for the team’s doctor-cum-manager who prefers to work in the background. However, injuries to key players mean he has had to accompany captain Faf du Plessis at press conferences, negotiate with the ICC for replacements and ensure — amidst all the chaos — the team operations run smoothly and no other player picks up an injury.

Moosajee has been associated with the team for more than a decade. Over the last one week, Moosajee’s managerial skills have drawn praise in South Africa, especially his role in convincing the ICC’s technical committee to allow a replacement for the injured Dale Steyn. The rules do not allow a team to replace a player who arrived at the World Cup with an injury. Steyn came to England nursing a shoulder injury, with the team management hoping he would be fit to play later. However, he had to be replaced and Moosajee’s negotiating skills made sure they could fly in Beuran Hendricks last Tuesday. With little else to cheer for, the South African media has hailed him as the team’s ‘great achiever.’

Last week some fans posted pictures of the ground dimensions of all the 11 stadiums hosting World Cup matches on social media platforms. It was soon termed as the ‘roti challenge’. The discussions were about the shape of the rotis they have attempted to make and the closest it is to the shape of one of the ground in England. Answers would range from the almost-square outfield of Sophia Hardens to a rectangle – the shape of the Lord’s ground. Comments would range from: Grounds se zyada gol toh meri maa roti banati hai (roti made by mother is rounder than these grounds) to former Indian opener Virender Sehwag saying that he tried making roti like Rosebowl but ended up making it like Headingly.