Skipper Babar Azam stroked a composed 50(41) at the top of the order, but it was Fakhar Zaman who produced the fireworks as Pakistan beat West Indies. 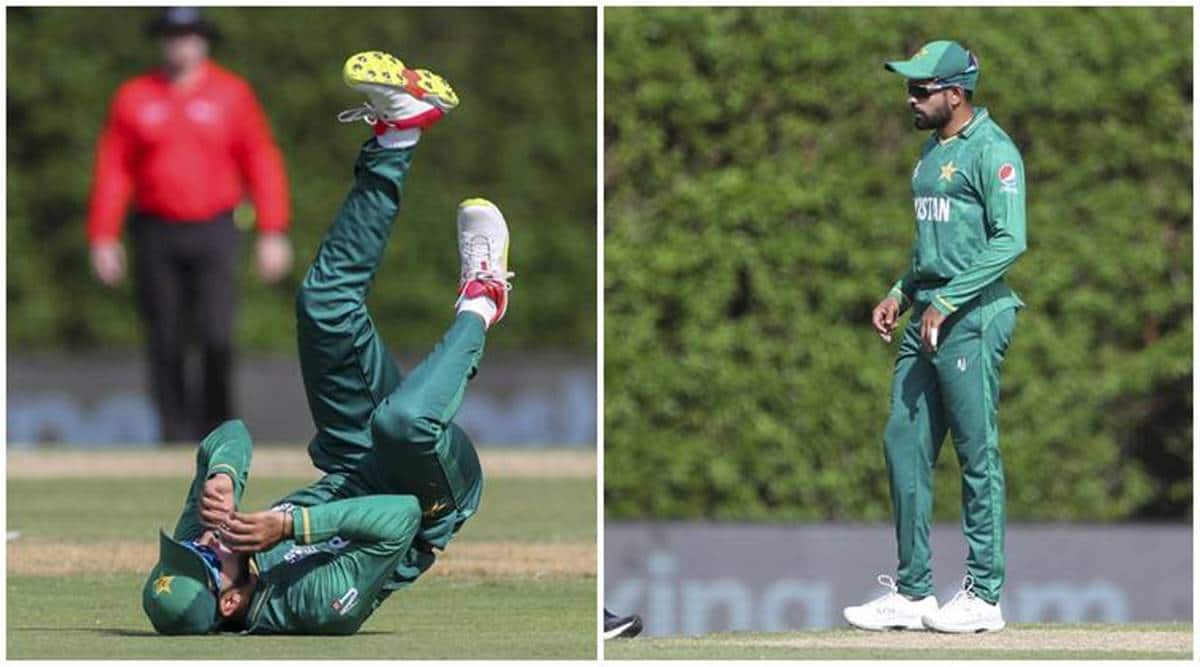 Batting first Windies scored a total of 130/7 on the back of a quickfire 23 off 10 balls from captain Kieron Pollard. But the men in green made short work of the target, reaching it with 27 balls to spare.

Skipper Babar Azam stroked a composed 50(41) at the top of the order, but it was Fakhar Zaman who produced the fireworks, slamming 46 from 24 balls to wrap up the win in the 16th over.

However, there was some light-hearted banter on the field between the Pakistani fielder as West Indies innings began their innings. This was after Windies opener Lendl Simmons stole a single on the second ball of the first over.

Skipper Babar Azam was quick to point out Shadab’s lack of agility and said,” Budday ho gaye ho x2 warna jawani main yeh tumhara out that.” (You’ve gotten old otherwise it would have been a wicket if you were young. (obviously trying to wake up or fire up his best fielder and vice-captain in a friendly manner)

The initial stages of the ICC Men’s T20 World Cup 2021 underway, the Super 12 teams continued their build-up to the tournament ahead of joining the action in the second round.