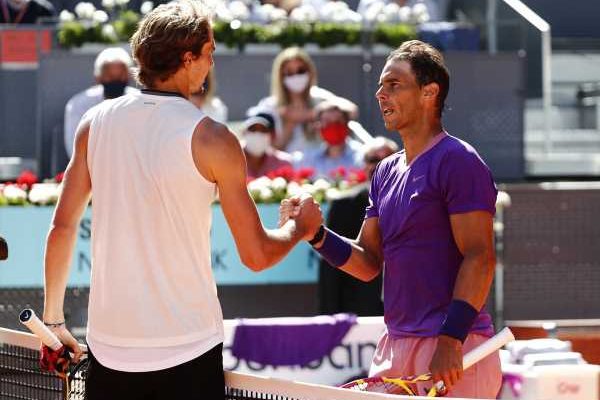 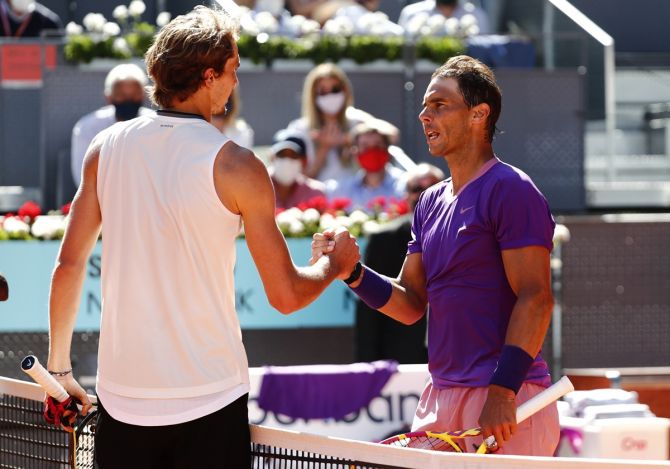 Rafael Nadal was knocked out of the Madrid Open quarter-finals stage 6-4, 6-4 by German Alex Zverev on Friday.

Nadal, a five-time winner in the Spanish capital, was the favourite and top seed having lifted the Barcelona Open trophy last month but played below par on a sweltering spring day.

Zverev struggled in the opening exchanges, finding himself 4-2 down before breaking Nadal twice to turn the match on its head and take the first set.

The fifth-seeded German then powered ahead in the second, breaking Nadal’s serve again and holding out to seal a career-first win on clay against the Spaniard.

He will take on third seed Dominic Thiem in Saturday’s semi-final after the Austrian overcame John Isner 3-6, 6-3, 6-4.