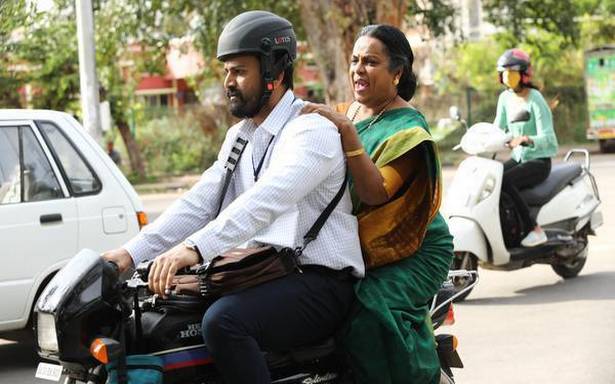 … the ups and downs, the releases and personal losses it suffered in 2021

The Kannada film industry had its share of highs and lows in 2021 struggling to stay afloat in the face of the pandemic and losing some of its brightest stars. Having been shutdown all through the previous year, 2021 saw filmmakers take to YouTube to post short films, create their own channels and even make films virtually. We take a peek at the yeargone by — the hits, misses, laughter and tears.

The comedy Ikkat, directed by brothers Esham and Haseen Khan featured four characters played by Bhoomi Shetty, Nagabhushan, RJ Vikki and Sunder. The four are holed up in a house due to the lockdown. While OTT was brimming with dark-themed stories of life and the pandemic, Ikkat was a breath of fresh air, providing people with a good laugh.

Directed by Rohit Padaki, The other Kannada film that created waves on the OTT was Ratnan Prapancha that featured stars such as Umashree, Dhananjay, Anu Prabhakar, Achyuth Kumar and Shruti. Akkai Padmashali had a small role in the film which dealt with adoption and issues faced by transgender.

Crime Stories: India Detectives on Netflix is set in Bengaluru and documents crime four murders and how our men in khaki go about solving the cases. A Minnow Films Production, the series, directed by N Amit and Jack Rampling, documents calls made to 100, and follows how Manoj Kumar, ACP Whitefield, and N Shashi Kumar the Deputy Commissioner of Police, work tirelessly to make the city safe. Crime Stories: India Detectives captures the essence of Bengaluru.

While the film industry shut down, we saw actors and directors joining hands to help those in the industry who were hit by the pandemic. ‘Real Star’ Upendra bought produce from local farmers, which he would in turn donate with groceries to those in need. Upendra and his team’s social work was not just restricted to Bengaluru, but also Mysuru and Chamarajnagara and many other rural areas in Karnataka.

Director Kaviraj set up a helpline called Usiru. He was joined by many other directors and actors including the late Sanchari Vijay. “We witnessed our friends and family struggling to get a bed or oxygen,” says the director. “That is when we started this helpline, where we could send oxygen directly to a patient’s house and work towards providing him/her with the required hospital bed. This helped save many a life.”

The Kannada industry also suffered a great loss of talent including character artistes Sathyajit and Shivaram. The National award-winning actor, Sanchari Vijay lost his life to an accident and the sudden death of ‘Power Star’ Puneeth Rajkumar left the industry in shock. The entire State went into mourning and tributes from all around the world poured in. While Vijay was driving around on his bike supplying food and groceries to families affected by the pandemic, no one was aware of Puneeth’s philanthropic work, not even his brothers. It was only after his death that many stories of the thousands of lives he had touched came to the fore. Inspired by Puneeth and Sanchari Vijay, people thronged eye hospitals to pledge their eyes.

The release of KGF 2 is slotted for 2022. A sequel to the record-breaking KGF Chapter 1, the film directed by Prashanth Neel will see Yash reprise his role. Anup Bhandari’s Vikrant Drona, which has been in the making for quite some time, is slotted for a February release. The film features Kiccha Sudeep, who will also be seen with ‘Real Star’ Upendra in the retro-film, Kabzaa, directed by R Chandru.

Puneeth Rajkumar’s James will have a posthumous release. The film will be released under his home banner, PRK Films. Another project, by Puneeth, which we can look forward to is Amoghavarsha’s documentary, Gandhada Gudi, which is also produced under the PRK Films banner.