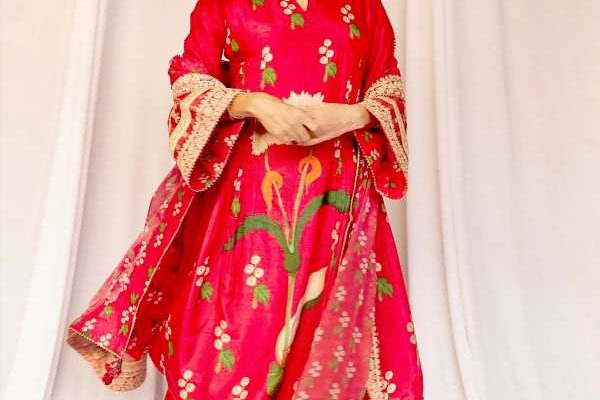 ‘If Badhaai Ho had not happened, nobody would have talked about me being a good actress.’
‘They have never said it before.’
‘I would have been nothing.’

Neena Gupta‘s stock has risen constantly after her endearing performance in Badhaai Ho.

As she awaits the release of Uunchai, directed by Sooraj Barjatya, Neena tells Rediff.com Contributor Mohnish Singh, “I used to message Soorajji asking him, ‘When will my time to work in the film come?’ I was genuinely so scared that he might ask someone else to do this role.”

Uunchai marks your first association with Rajshri Productions. How does it feel?

But let me tell you, there is a lot of nervousness also because it is my first film with them and I want it to be a big, big, hit.

Soorajji called me one fine day and narrated the script.

To be honest, I was not fully attentive when he narrated the script; I only heard half of it (laughs).

But the role and the script were really good and I signed on the dotted line immediately.

It was a Rajshri film, at the end of the day.

He locked dates with me and as soon as the dates were locked, COVID happened and everything got postponed.

So I was quite tense that maybe he would cast someone else.

And then again, the dates were postponed during the second wave.

Then I prayed to the Almighty.

I used to message Soorajji asking him, ‘When will my time to work in the film come?’

I was genuinely so scared that he might ask someone else to do this role. 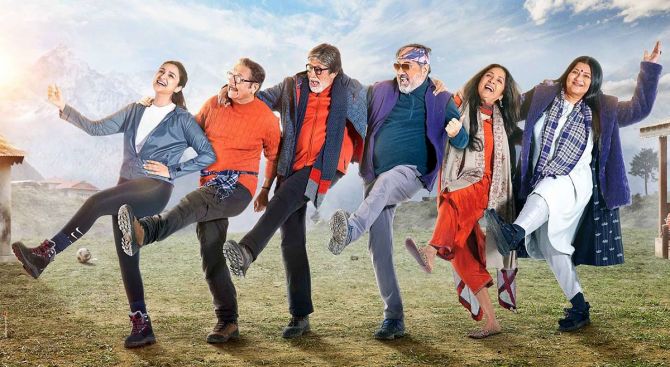 You are working with some of the finest actors in this film. How was the experience?

It is a different atmosphere when you work with more experienced actors.

There is no competition.

Everybody is happy with themselves; everybody does the job they are given.

There are no ego hassles because everybody is equal in a way.

I didn’t know anything about Boman Irani being a good singer and can play a guitar.

Anupam Kher, of course, I knew him for several years.

I used to see Mr Amitabh Bachchan, his dedication to his work, and all of that.

Sarika does her work quietly.

I did not have many scenes with Parineeti Chopra.

So it was very interesting and relaxing to be working with them. 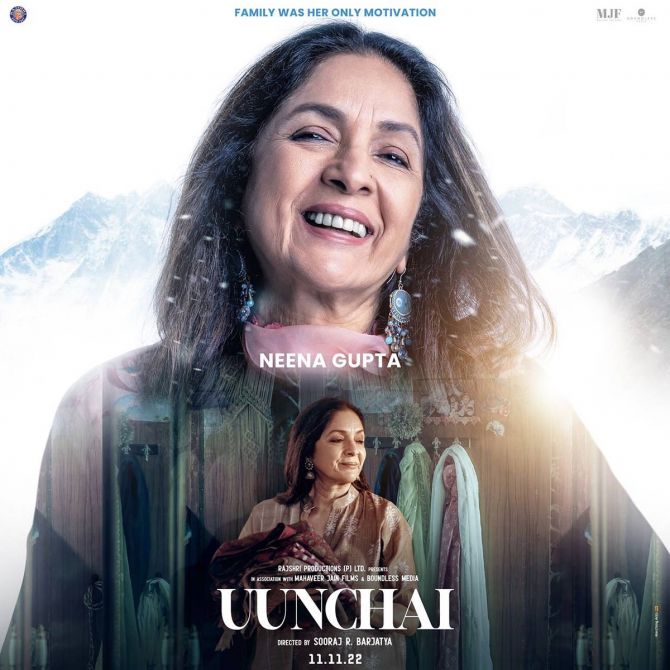 Be it from the younger generation or the older one, every actor wants to work with Rajshri Productions. What makes this production house so special?

I would say Sooraj Barjatya.

I have not met or seen anyone like him in my life.

I would say that give me any role in his film and I would do it happily for him, you know, because I have never met a man like this before.

There was no shrieking because he never shouts and that is the reason no one shouts.

He was calm and that’s how everyone was on the sets.

We never worked for 14 hours a day.

Our maximum limit of working on the sets was for eight hours.

Everything used to get finished in a single take.

He knew what he wanted.

I was like, ‘Is this the same man who made such classic films?’

The trailer of the film looks promising and it has received a tremendous response from the audience. Do you think half the battle is won?

No battle is won, frankly speaking.

Even if you give me a National Award, I cannot promise you that I will always be getting work.

So no battle is won.

The battle is coming soon and we will win. Fingers crossed. 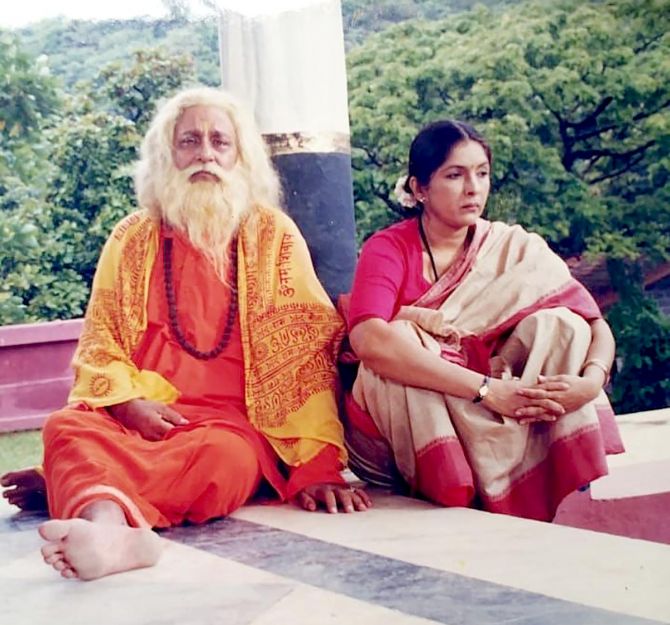 How do you look at this inning of your career where you are getting good offers, and getting to work with brilliant writers, film-makers, and actors?

I am very happy, satisfied and thankful to God.

I always say God because all this is destiny.

I was bound to get Badhaai Ho and it was destined to be a hit.

If that had not happened, nobody would have talked about me being a good actress. They have never said it before.

I would have been nothing. 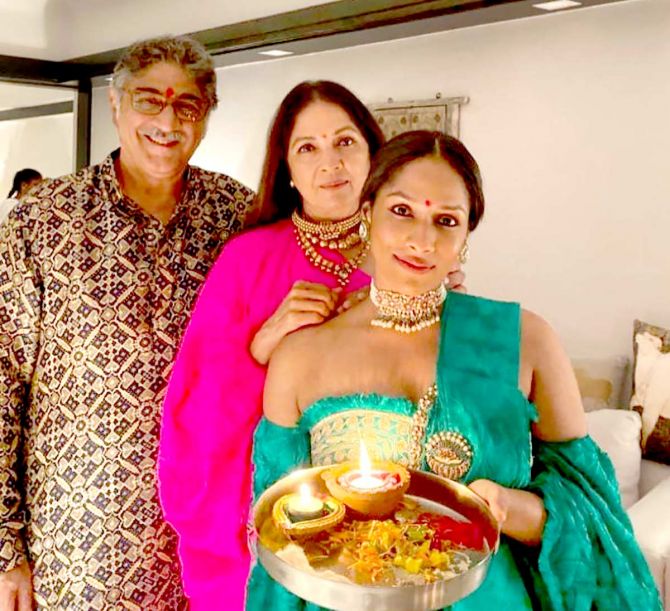 It seems you believe a lot in destiny.

Yeah. I will tell you why.

I met my husband on the plane.

I was in business class, Air India, and seated in the front row. Beside me sat a lady with a kid.

She had some problems and asked him to exchange seats with her. So he came and sat next to me.

If he had not, I would have never met him.

What is this? Isn’t it destiny? 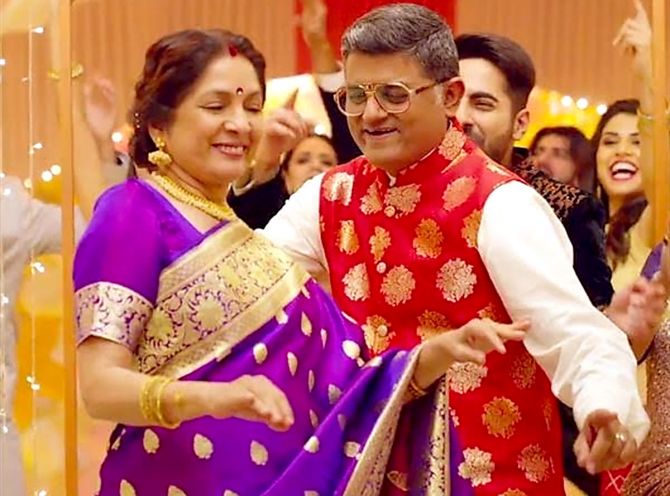 Life is better than anything beautiful you see.

The other day, I read a saying, ‘If you can appreciate the beauty, it means you are alive. You will always be young.’

I buy a lot of beautiful things.

My husband is always like, ‘Why do you buy so many things? You already have so many.’

I say, ‘I feel good every time I look at it. Whether I use it or not.’

I did not use any of those things during COVID.

I derive happiness just by looking at them. Beautiful things make you happy.

Have you ever been confronted with gender-related roadblocks in your career?

Yeah, majorly. Throughout my career.

Never. Why should I explain now?

I am very happy now.

See, everybody faces it. What has been the toughest part that you have played in your career so far?

Playing Swanmeet in Sardar Ka Grandson. It was winter and it used to take some two hours to put on the makeup and another two to take it off.

It was very tough physically. 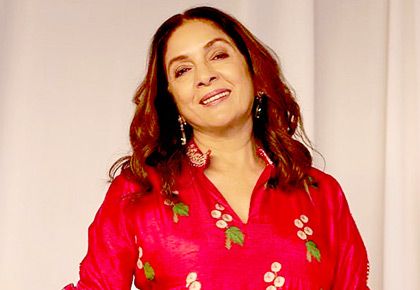