Aladdin released alongside James Gunn co-produced superhero-horror film Brightburn and Booksmart. Keanu Reeves' action-thriller John Wick: Chapter 3 is still strong and will be competing with Aladdin at the box office. 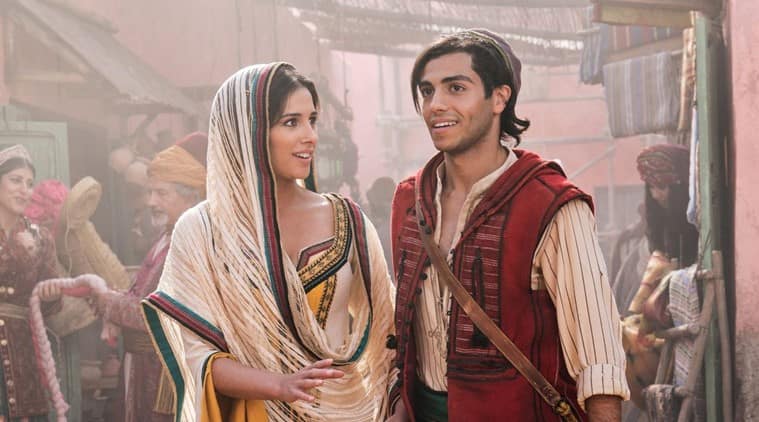 Mena, Will and Naomi play the roles of Aladdin, Genie and Jasmine respectively. Guy Ritchie has helmed the movie co-written by himself and John August. Dan Lin and Jonathan Eirich and produced the film.

Aladdin released alongside James Gunn co-produced superhero-horror film Brightburn and Booksmart. Keanu Reeves’ action-thriller John Wick: Chapter 3 is still strong and will be competing with Aladdin at the box office.

Avengers: Endgame, which is on its way to become the biggest worldwide earner in the history of cinema by beating Avatar, will be at the third position. It has been a month since Endgame’s release. The big Marvel Cinematic Universe film is already the second highest grossing film in North America, behind Star Wars: The Force Awakens.

Aladdin has evoked mixed critical reception. It holds a 57 per cent rating at Rotten Tomatoes, a famous review aggregation site. The critical consensus reads, “Aladdin retells its classic source material’s story with sufficient spectacle and skill, even if it never approaches the dazzling splendor of the animated original.”

The Indian Express’ film critic Shalini Langer gave it two-and-a-half stars. She concluded her review by saying, “It is the magic carpet and Smith who steal the show. As the genie who can grant your any wish, he is the Smith of old, wacky, smooth and just having fun. The film brings out the fireworks and the drums when he is around. It tends to get a bit too much at times, with these the only scenes where Ritchie, more known for his action-driven crime films, letting himself go.”

She added, “However, if this genie means we may have this Smith around for a while more, bring it on.”