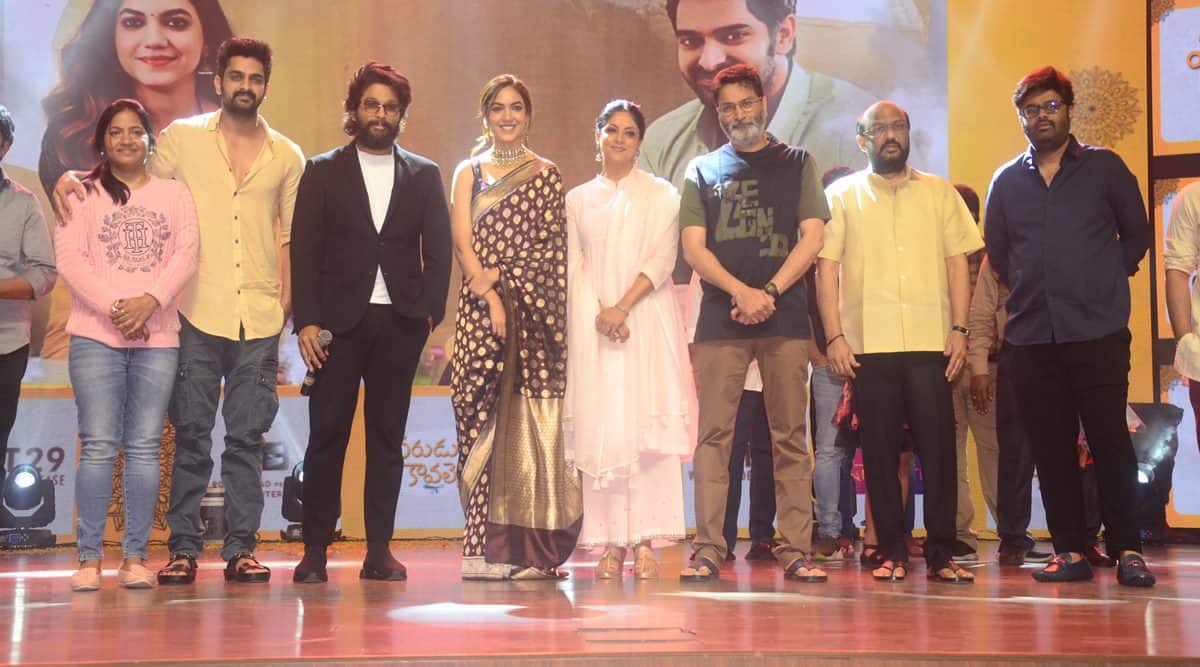 The pre-release event of Varudu Kavalenu was held in Hyderabad on Wednesday, with actor Allu Arjun and director Trivikram as special guests.

Speaking at the event, Allu Arjun heaped praise on the team of Varudu Kavalenu. He said, “I like self-made people. I would like to congratulate you (Naga Shaurya) for creating your mark in the industry without any film background. Ritu Varma is a very nice performer. It’s very nice to see a woman director Lakshmi Sowjanya. I wish to see girls being part of every aspect of filmmaking. I’m glad that time is here. I’m certain there will be several women joining the film industry in future too”.

He also wished that the Indian film industry would get back on track with several new movies lined up for release. “The film industry has never seen such a low in decades. So the ongoing season is very crucial for our cinema. I wish a win-win situation for both Varudu Kavalenu and Romantic. In Tamil Nadu, Rajinikanth’s Annaatthe is coming. I wish them all the best too. The whole Tamil film industry should prosper. Theatres in Kerala are opening. Karnataka also opened its theatres, and Bhajarangi 2 is releasing there. I wish everyone in the industry all the best. In the last two years, the number of people thronging theatres has decreased due to Covid, lockdowns, occupancy restrictions, and ticket pricing. But now, things are looking bright,” he said.

“In Hindi, Sooryavanshi is coming. I wish its team all the best from the entire south India. I wish you succeed in pulling the audience back to the theatres in a safe way. On December 17, we are coming with Pushpa. We’ve put in our best efforts, and I hope you like it. I wish the entire Indian film industry all the best. I hope with this Diwali, the whole Indian film industry gets back on its feet and entertains people again,” he added.

Bankrolled by Sithara Entertainments, Varudu Kavalenu stars Naga Shaurya and Ritu Varma in the lead roles. The film is set to release in theatres on October 29.