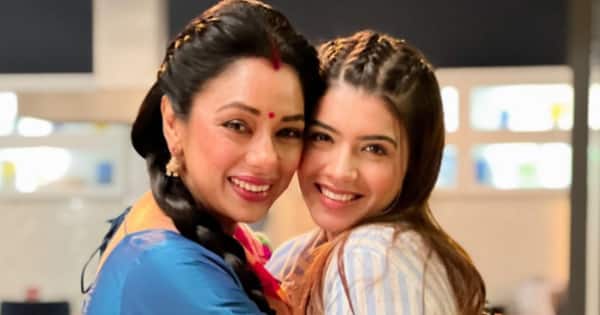 Anupamaa is the TRP topper TV show starring Rupali Ganguly, Gaurav Khanna, Sudhanshu Pandey and others. The show has been one of the wide-watched ones which feature interesting twists and turns in the life of the main character Anupamaa, played by Rupali Ganguly. Just a couple of weeks ago, Gaurav Khanna aka Anuj Kapadia’s family entered the show. Later, Paras Kalnawat ouster, now the new entrant Alma Hussein, who played the role of Sara, decided to quit. Check out the reason for Alma’s exit below…

Alma Hussein played the role of Gaurav Khanna aka Anuj Kapadia’s niece Sara. Alma plays Barkha (Ashlesha Savant) and Ankush’s (Rohit Bakshi) daughter in Anupamaa. Sara returned from the US with her family. Sara was shown as a tap dancer who had joined Anupamaa Dance Academy as an intern under Samar (Sagar Shah, previously played by Paras Kalnawat). It has been just a couple of weeks but Alma has decided to move on. The actress shared the reason behind her exit in an interview.

The actress told ETimes that when she was going to enter the show, there were a lot of things planned. However, with the twists and turns planned it was delayed. There was going to be a love track between Sara and Samar. However, Paras Kalnawat’s ouster and the controversy following the same put their plans on hold. And then it became difficult for the makers to open the love track between Sara and Samar, even after bringing Sagar Parekh as Paras’ replacement. However, there’s still hope that Alma might return to the show as her character, Sara has been given an open ending. Sara is shown flying abroad for further studies.

A couple of weeks ago, Paras Kalnawat aka Samar’s ouster came as a huge shock for the netizens. The production house released a statement saying that he had breached the contract by deciding to participate in Jhalak Dikhhla Jaa 10. Paras had hit back saying that they were all well informed and were negotiating but when he wasn’t ready to let go of Jhalak, the makers dropped him an email about his termination.