Gargi Roychowdhury plays Mahasweta Devi in the Arindam Sil directorial Mahananda. The film will have its Indian premiere at the Kolkata International Film Festival in November 2021. 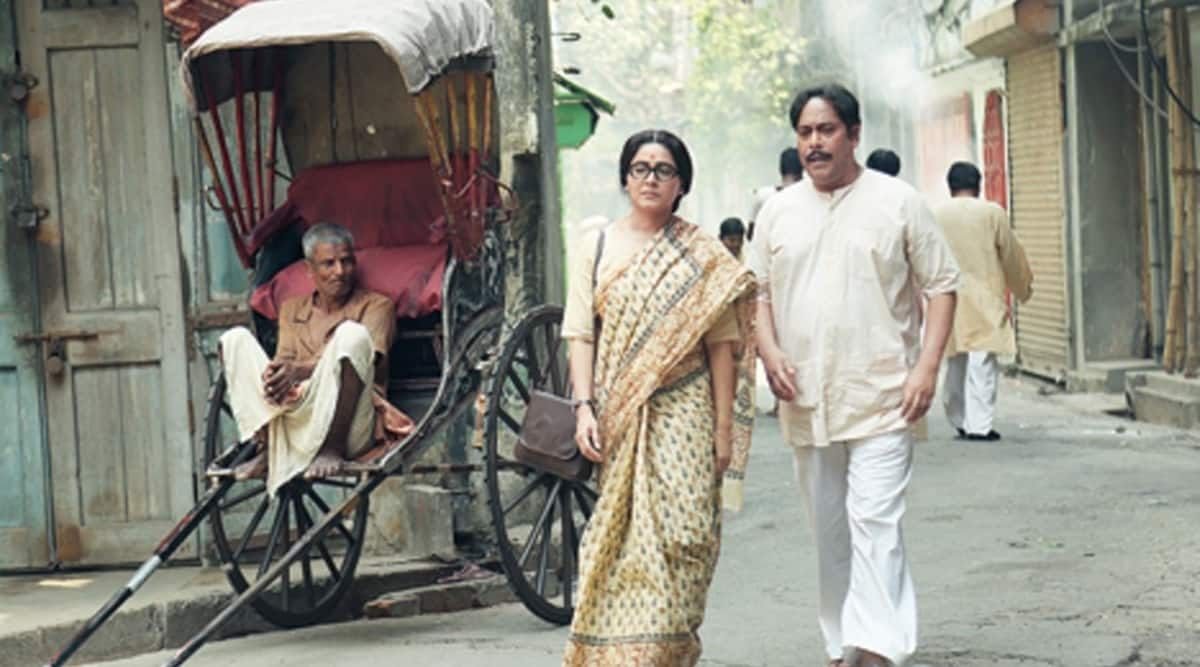 Mahasweta Devi’s life was like a river. Between the continuous ebb and flow, it negotiated boulders, cut through sharp stones and made them mellow, while at the same time rejuvenated those who came in contact with her. Hence to make a film on her life is no easy task. But filmmaker Arindam Sil has done just that.

Arindam is known for making successful cutting-edge thrillers. So why a film like ‘Mahananda’? “I am a politically and socially aware human being. Even in my films, though most of them are thrillers, I have tried to cater to the socio-political aspect of that period. Therefore, my thrillers are not just whodunnits. It talks about the time and space of that particular period. As far as Mahasweta Devi is concerned, I strongly felt that in Bengal, other than one Sourav Ganguly, we do not have many icons to look up to. Someone who can motivate in an inspirational manner. Mahasweta Devi lived her life by sheer principle. And for someone who lives life by principle, it is a difficult journey. That aspect intrigued me,’ says Arindam.

In the film, Mahasweta Devi is named Mahananda. Arindam Sil has tried to bring out the essence of Mahasweta through a so-called impractical, eccentric, volatile, unpredictable human being. The film is not a biopic. “I wanted to get inspired by her works and create something that will inspire the next generation,” he says.

‘Mahananda’ follows a young student of sociology who goes on to do a PhD on Mahasweta Devi. Her name is Mahananda. The film spans from 1900 to 2011. It starts with Birsa Munda and ends with Singur, which was the most important political phase of Mahasweta’s later life. Arindam says he has worked in a space where Mahasweta’s character and her life merge together. “But that doesn’t mean that the film does propaganda of any political party. Except for the Communists, which I had to portray for its 34 years of rule that had impeccably gone into the system of West Bengal’s political blood. That system needed to be analysed,” says Arindam.

The dialogues used in the film are Mahasweta Devi’s thoughts. “Once Mahasweta Devi had said, ‘when a party is not in power and when the party is the government– there’s a whole lot of difference in that.’ Or when she had said, ‘once I had left my family for the party, today I am leaving the party for my principle,’ – I have tried to bring in these aspects. It’s a bold and intensely political film,” says Arindam.

There is another aspect as to why Arindam Sil did ‘Mahananda’. After having done 13 films, he felt it was his time to give something back to society. “All this while, I felt that I needed to do a film that will talk about raw life. By God’s grace, people come to see my films. That’s why it’s my responsibility to give them back something that rings with truth. Especially, when I see that even the language used in today’s politics has hit rock bottom. Language of communication has gone par below my standard as an Indian. This is evident at all cross-sections, irrespective of any particular party. We are going through such turmoil when life is not guided by principles any more,” says Arindam.

It was the owner of Bengali broadsheet Aajkal, Ashoke Dasgupta, who triggered this project. Dasgupta had sent Arindam a few papers on Mahasweta Devi and asked him to do the film. The soul of Mahasweta Devi can be found in her writings and her social work. Intense research followed. The research for ‘Mahananda’ went on for over a year. Arindam had gone to Jhansi as ‘Jhansir Rani Laxmibai’ was her second novel. “She is still revered among the folk artistes there. But we label her as regional. It’s due to this pettiness that the next generation has failed to be inspired by her,” he says.

Even Arindam Sil had clear Left leanings which he eventually forsook to join Trinamool Congress under the leadership of Mamata Banerjee. “Of course, I could identify Mahasweta Devi’s withdrawal from the Left and the pain it left her with. I felt that to support a party blindly is of no good. We have to raise our voices. The film is all about that. Whether it is the Naxal movement or Birsa Munda. Whether it is the 1900, or 1971 or 2011. A movement starts when an establishment falls from its principle. It’s a simple derivation. But it’s true,” says Arindam.

At one point, Mahasweta wanted to commit suicide as she was extremely distressed having had to leave her son. Separation wasn’t an easy task. “A husband-wife relationship is torn apart because of a difference in principle. Who goes through such an act in today’s world?” asks Arindam in an attempt to bring out the essence of Mahasweta.

The film doesn’t boast of any so-called stars. While 98 per cent of the film’s actors are theatre actors, the star of the film is undoubtedly Mahasweta Devi and her principles along with her subaltern family – the adivasis, mundas and the sabars – for whom she had lend her voice throughout her life..